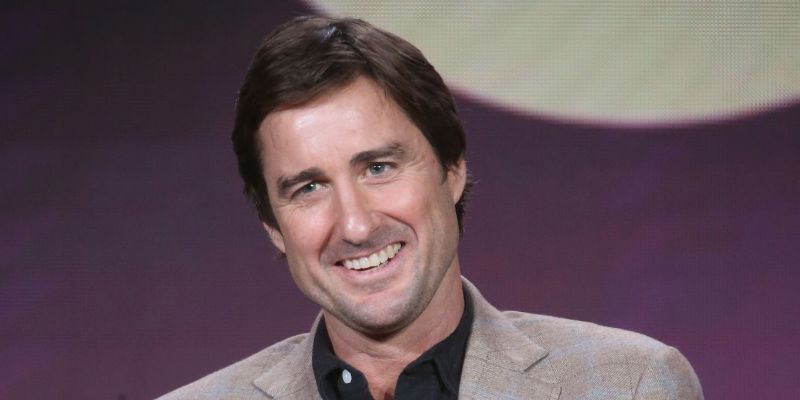 Luke Cunningham Wilson is an American actor. He is notable for the roles he portrayed in movies such as Idiocracy, My Super Ex-Girlfriend, Blue Streak, Old School, Legally Blonde, and many more.

Wilson also was a member of the cast of American comedy-drama television series Enlightened created for HBO.

Here we will sum up the seven interesting facts associated with Luke Wilson. Let us begin:

At the beginning of 2019, Wilson revealed some interesting detail about his plans in a conversation with HollywoodLife.

Luke found it amusing and hilarious that the same reporter who asked him in 1996 about when he wanted to be a father came up to him after 23 years to ask the same question.

However, he replied positively and exclaimed further that he has been planning to start a family.

6. Wilson Is Of Irish Catholic Descent

Luke's parents, Laura Wilson and Bob Wilson grew up in Massachusetts, the most popular state in the New England region of the US.

According to the Washington Post, Luke's parents are of Irish Catholic stock, making Luke the descent of Irish.

5. He Became The Class President In The First Year

Luke's parents shifted to Texas from Massachusetts because of his father's job in Scott Paper Co. Spending his formative years in Texas, Luke and his brothers joined St. Mark's School of Texas.

Perhaps because of his activeness in class, Luke received maximum votes and was eventually appointed as class president in the first year of his course.

Moreover, Luke was also part of the 1989 St. Mark's track quartet and also lettered in football.

Luke moved to Los Angeles and attended the Occidental College, a private liberal arts college. Here he received acceptance in the department of Drama/ Theatre.

However, his interest rested in the school's athletics department. Further, he excelled in the field and tracks but eventually left sports and started focusing more on drama class.

3. He Dropped The Role In Ocean's Eleven

Luke and his brother Owen Wilson were first approached for the role of Virgil Malloy and Turk Malloy in the movie Ocean's Eleven.

However, both Wilson brothers dropped the role to make The Royal Tenenbaums, a comedy-drama co-written by Owen Wilson. The film saw Danny Glover, Bill Murray, Gwyneth Paltrow, Gene Hackman along with Luke in the starring cast.

The media included seven actors into the group, which they named 'The Frat Pack.' The name is a reference to the movie Old School, a movie that Luke Wilson was part of.

The members include Will Ferrell, Jack Black, Steve Carell, Ben Stiller, Vince Vaughn, and both Owen brothers. The group, including these actors, was made because of an ample number of the movie featuring these seven actors.

Wilson's Frat Pack films are The Wendell Baker Story, The Royal Tenenbaums, and Anchorman: The Legend of Ron Burgundy.

In the year 2007, Luke made a call to 911 to inform about his brother, Owen Wilson's, attempted suicide. Owen was immediately rushed to the hospital and subsequently treated for depression.

After a few days of hospitalization, Owen also withdrew from the movie Tropic Thunder. The film starred his close friend Ben Stiller along with Robert Downey Jr., Tom Cruise, and was an instant hit garnering positive reviews.

Ever since the incidence, Owen has been reluctant and wary of interviews.