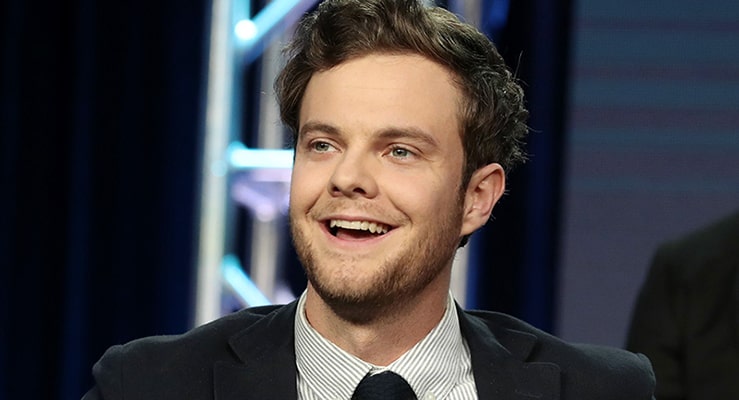 Actor Jack Quaid rose to limelight from the time of his birth as he is the only child of actors Dennis Quaid and Meg Ryan. Quaid made his acting debut at the age of 20, appearing in a minor role in the sci-fi film The Hunger Games. But, he made his way to stardom when he started portraying the lead role of vigilante Hugh "Hughie" Campbell in the superhero series, The Boys in 2019.

Despite being the starkid, Jack Quaid's lifestyle is not vivid in the media. So, let's dig out more details of the 27-year-old actor.

7. Quaid Has a Mixed European Ancestry

Jack Quaid was born to two well-known Hollywood stars, Dennis Quaid and Meg Ryan, in Los Angeles, California. Quaid belongs to a mixed European lineage. His father, Dennis, has English, Irish, Scots-Irish, and Cajun (French) ancestry. On the other hand, his mother, Ryan, is of German, Irish, and Polish descent.

6. His Parents Divorced While He was Eight

Quaid's parents started dating during the shooting of their second film together, D.O.A., in the late 1980s. And they got married on February 14, 1991. The couple, who were considered one of the power couples in Hollywood, however, couldn't continue as husband and wife after 2000. They announced their separation in June 2000, and their divorce was finalized in July 2001.

Years later, in March 2016, Jack Quaid opened up about his parents' divorce in an interview with Theo Von and Matthew Cole Weiss. There he said he was only eight when his parents split, and it was a tough time for him as he was "old enough to understand what was going on." He also said he couldn't escape learning about the story, as he frequently came across the magazines that covered the entire saga of his parents' divorce.

5. Trained Acting at NYU's Tisch School of the Arts

Los Angeles-born actor Jack Quaid grew up in Santa Monica. Born in the acting family, he developed a keen interest in acting in early childhood. His first acting role came in his school days when he played Nick Bottom in a middle-school production of "A Midsummer Night's Dream."

Quaid moved to Manhattan in 2010, where he started learning acting at the New York University's Tisch School. He left the institute after three years and started auditioning in Los Angeles.

Actor Jack Quaid has been dating actress Lizzy McGroder since July 2016. Since then, the couple has been spotted spending their quality times in public frequently. The couple also shares their love life with their fans via their social media.

If we go through their Instagram, we can see the pair enjoying their togetherness on many occasions, including Christmas, New Year, and Easter.

3. Made Television Debut from Mrs.

The 27-year-old American actor made his acting debut from a famous Marvel movie The Hunger Games in 2012. A year later, he made his television debut from an episode "The Blind Date" of Mrs., in which he portrayed the role of Jack.

2. Reprising His Role in The Boys

Jack Quaid was announced the main cast of the Amazon drama series, The Boys in March 2018. Quaid portrays Hugh Campbell in the series, which also includes Karl Urban, Antony Starr, and Erin Moriarty in the star cast.

Jack Quaid is a main cast of the upcoming American adult animated web television series, Star Trek: Lower Decks. Tawny Newsome, Noel Wells, and Eugene Cordero are some of the other star cast of the series.

The first season of the CBS show will contain 10 episodes and is expected to be released by mid-2020.