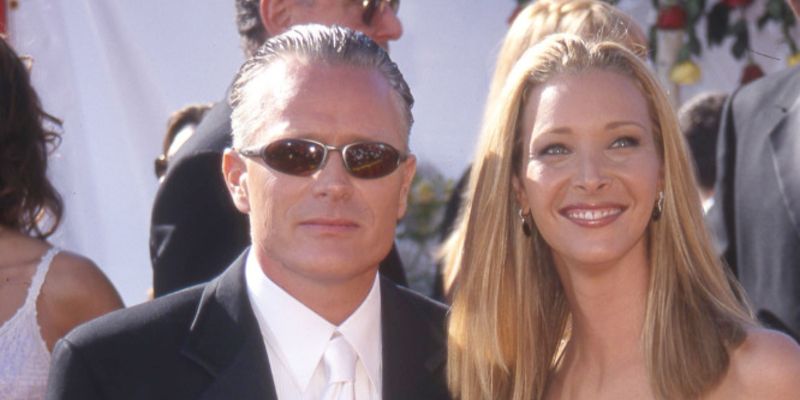 Michel Stern is a French-American advertising Executive who, among people, is most famous for being the husband of Lisa Kudrow.

Kudrow is a household name mostly for her role as Phoebe Buffey, a self-taught musician with an identical twin named Ursula in the popular series Friends.

Michel married Lisa in 1995, and the couple is still together going strong. We have some interesting facts about Michel.

7. Prior To Lisa, Michel Dated The Former's French Roommate

We all have heard the stories about meeting the right person at the wrong time, and that is precisely what happened in the case of French native Michel Stern and Los-Angeles born actress Lisa Kudrow.

In the late 80s, Lisa was introduced to Michel by her roommate, who was dating Stern.

She was also heartbroken when he stopped coming back to the apartment after his break-up with Lisa's roommate.

Either way, they met later and married in 1995.

6. He Is A Very Private Person

Michel Stern is not active on social media. Further, very little information is available about his parents, siblings, and other family members.

For someone who’s married to an actress, Michel flies under the radar on all fronts. Little is known or confirmed about his personal background, career, or general biography.

It can be concluded that he is indeed an introvert person and is happy to keep his personal affairs private.

5. His Wife's Pregnancy Was Included In Friends

At this time around, Lisa's character Phoebe acted as a surrogate mother for her brother Frank and his wife, Alice. In reality, Kudrow was actually pregnant with her and Stern's first child, Julian.

4. Net Worth Of Michel Stern

Stern advertising career can be credited to his net worth. In addition to this, he had also reportedly worked with few top-notch companies. He is worth $10 million.

Also, Lisa has a lucrative career, along with that of her husband. Lisa also became a screenwriter and executive producer along with creating and starring in the American television drama series The Comeback. She, as of 2020, is worth $70 million.

Michel Stern was born in France in the year 1958. His childhood years were spent mostly in France. However, later Michel moved to the United States along with his family. Stern received education and ventured into the world of business.

As a matter of fact, when Lisa initially met Stern, he had recently migrated to America and did not know many people at the time.

2. His Favorite Dish Is A Cheeseburger

We all are aware of the vegetarian nature of Phoebe, but Lisa Kudrow u=is not like her. She loves grilled chicken without caring about the calorie count.

Like Lisa, Michel also had chicken burgers under his favorite dish, along with pancakes and cheeseburgers.

1. Lisa Had To Wait Six Years To Marry Michel Stern

It was love at first sight for Lisa when she met her future husband. Still, both of them never reached the point of dating each other. Surely, Lisa was sure of never meeting Michel after he broke up with her roommate.

However, after six years, Lisa and Stern met at her birthday party. Undoubtedly, a fateful day for both of them, after which they have become inseparable, and we are truly happy for the 24-years first sighted love turned marriage.