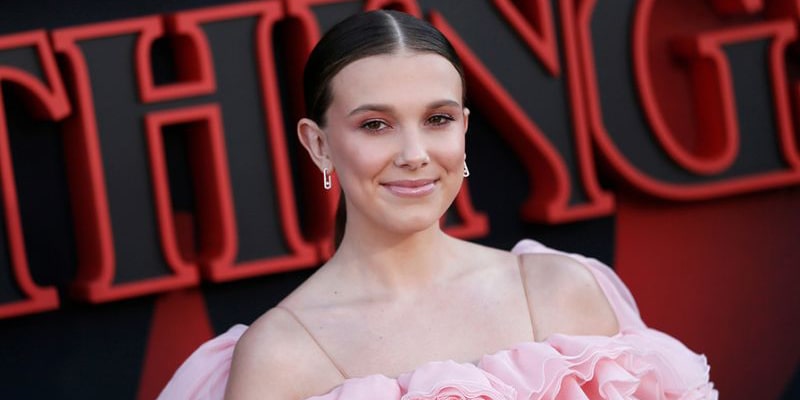 English actress, model, and producer, Millie Bobby Brown, rose to stardom following her appearance as Eleven in the Netflix series Stranger Things. The role also won her a Primetime Emmy Award nominations for Outstanding Supporting Actress. At just 15, Brown has already achieved what many of us dream to achieve in our lifetime.

7. She is a UNICEF Goodwill Ambassador

After the announcement, Brown said,

It's a dream come true to become a UNICEF Goodwill Ambassador. It's a huge honor to join such an impressive list of people who have supported UNICEF over the years.

As per the official UNICEF site, Brown would be raising awareness of children's rights and issues affecting youth, such as lack of education, sage places to play, and learn.

Actress Millie Bobby Brown was enlisted on Time 100, which includes 100 most influential people, in 2018. Brown was only 14 years old when Time magazine declared her one of the 100 influential people of the year. Hence, she became the youngest person ever to be included in the list.

Brown started her acting journey in 2013, and in 2016, she landed her breakthrough role in Stranger Things, starring Finn Wolfhard, Maya Hawke, and Gaten Matarazzo.

With her role of Eleven, Brown marked her strong presence in the entertainment world. Besides Brown, Time 100 included famous figures like Rihanna, Shawn Mendes, Donald Trump, Kin Jong-un, Roger Federer, and Nicole Kidman, among others.

5. Brown Can't Hear with One Ear

The up and coming English actress was born with a partial hearing loss in her one ear. She continued to losing hearing capacity in that ear as she grew up and later became completely deaf on that part.

4. She Once Dated Romeo Beckham

Actress Brown has been rumored to dating a number of famous guys through the years. And one of them was Romeo Beckham, the second son of English soccer star David Beckham and fashion designer Victoria Beckham. The pair was reported dating in March 2019, when some close sources reported they were in the early phase of the relationship.

Brown met Beckham at UNICEF's 70th-anniversary gala in 2016, where she presented an award to David Beckham. Before, Brown was famously linked with young American singer Jacob Sartorius.

Meanwhile, Brown sparked romance rumor with Joseph Robinson in mid-January 2020, when the latter shared a picture of her on his Snapchat. In the picture, the alleged couple can be seen in a sweet embrace as they pose for a mirror selfie. Furthermore, Robinson, the son of England World Cup rugby player Jason Robinson, wrote "Ly x" over the photo, that stands for "love you." But, the couple is yet to make their relationship official.

3. Brown Is Not English by Birth

Although Millie Bobby Brown has been hugely regarded as English, she is Spanish by her birth. Yes, you read that right! Brown was born in Marbella, Malaga, Andalusia, Spain, to Kelly Brown and Robert Brown. She is the third of four children of the English couple. Her two older siblings are Paige and Charlie Brown, and her younger sibling is Ava Brown.

She was four years old when her parents shifted to Bournemouth, Dorset, where they spent four more years before relocating to Orlando, Florida.

Millie Bobby Brown is earning well these days, however, before she got her breakthrough in Stranger Things, her family went through a difficult financial condition. Due to the condition, the family was forced to live with Brown's aunt. Her parents sold everything to move to Hollywood and give their daughter a chance to grab the acting opportunities.

Brown kept her parents' faith and emerged as one of the finest child actors. She gradually rescued her family's financial condition, and as of now, she has millions of dollars in her net worth. As per celebrity net worth, Brown has a net worth of $10 million. Moreover, it also mentioned Brown receives $300k per episode for her work in the Netflix series Stranger Things.

At the tender age of 15, Millie Bobby Brown has added several credits on her name that includes actress, model, and businesswoman. And she is adding one more credit to her name in 2020. This time, Brown has tried her hand as a producer in the upcoming mystery film Enola Holmes. The series is based on the eponymous book by Nancy Springer and stars Brown in the titular character.

In November 2019, it was reported that Brown was taking a whopping $6.1 million for her role in the series. According to TMZ, the actress has signed a contract that will call for an $800k bonus if the film does well at the box office. Moreover, Brown is also guaranteed to earn an additional $500k for being the producer of the film.