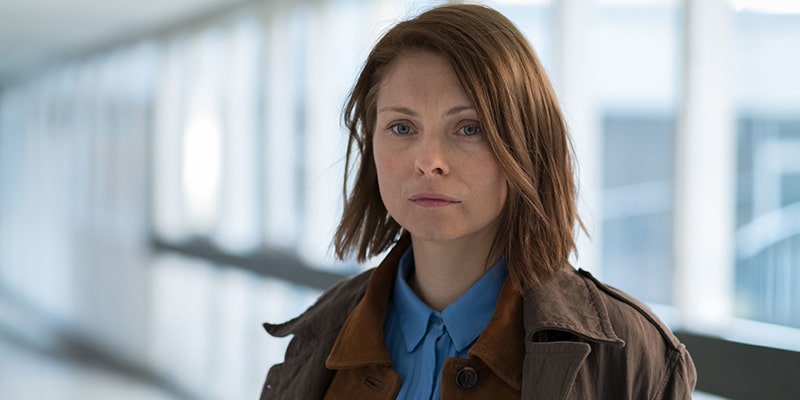 Actress MyAnna Buring started her acting career from the 2004 television series Murder Prevention. Buring is famously known for her roles in The Descent, The Twilight Saga: Breaking Dawn-Part 1, and Ripper Street, among others. Growing up in the middle east, Buring was rarely familiar with any acting schools. It was after she went to Bristol University where she said she realized drama schools exist.

Initially, she was in a dilemma whether to join the acting class or not, but ultimately she ended up joining LAMDA, where she did a three-year course. After that, she started working on theater and later went on to star in many television series. In 2019, she starred in the Netflix sci-fi series The Witcher.

After learning acting at LAMDA (London Academy of Music and Dramatic Arts), Buring started working on stage and theater. She said she was very comfortable working on stage and didn't consider to get any role on TV and films as a couple of her early works had not been in the theater.

But luckily, she was offered some TV and film roles in the early 2000s, which she grabbed with both of her hands. She says she found working on TV more comfortable than on stage.

2. Buring Set to Reprise Her Role in The Witcher Season II

The first season of American fantasy web series, The Witcher, was released on December 20, 2019, and it is receiving tons of good reviews already. MyAnna is starred as Tissaia de Vries in the Anya Chalotra, Henry Cavill, Freya Allan and Joey Batey starrer series.

Ahead of the release of the first season, The Witcher was renewed for a second season, which was announced on 13th November 2019. Actress MyAnna Buring is reprising her role in the second season as well. The second season is scheduled to be released in 2021.

3. MyAnna Buring is a Doting Mother to a Son

Buring is a mother of a two and a half-year-old son. Buring gave birth to her only son in May 2017, but she hasn't revealed anything about the father of the child.

The actress is also a presence on Instagram and Twitter, however, she has been quiet about her relationship status on the platforms as well.

4. Buring Was Pregnant In Real While She Portrayed A Pregnant Woman in In The Dark

MyAnna Buring was hugely acclaimed for her portrayal of a pregnant woman, detective Helen Weeks in BBC drama In The Dark.

In an interview with Daily Mail, Buring said she was pregnant with her first son when her character was pregnant. She further said,

When I filmed, I had a baby bump, and I got to practice what it looked like to be pregnant. I liked it so much I did it myself.

She added, "It[Acting] was nothing like actually being pregnant."

MyAnna Buring has gathered a hefty sum of money from her more than a 15-year-long acting career. As of 2019, Buring's net worth is estimated to be around $5 million. In addition to her acting career, she also earns an alluring sum of money from her social media platform. As per Marketing Hub, Buring can earn from $68.35 to $113.75 per sponsored post on her Instagram.

Born in 1979 in Sundsvall, Sweden, MyAnna Buring grew up in the Middle East. After completing graduation from the American British Academy in Muscat, Oman, Buring moved to London, where she continued her further study.

Actress MyAnna Buring lived in Oman, where she completed her school level education from American British Academy. During her school days, Buring was a friend with Stegath Dorr, a character actor, and a prolific horror filmmaker.