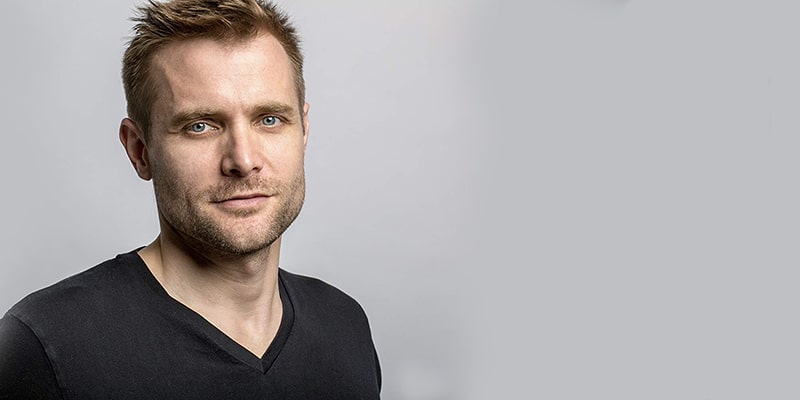 Neil Hopkins is an American film and TV actor, recognized for his recurring role of Liam on ABC drama television series Lost. Hopkins is also famous for his role on the Emmy-nominated HBO drama series Big Love. The 42-year-old American star has worked in the DC Comics superhero series Stargirl, which is set to premiere in early 2020.

Trenton, New Jersey-born actor Neil Hopkins grew up in Aurora, Colorado. He attended the Regis Jesuit High School, and after graduating in 1995, he studied at the College of Holy Cross in Worcester, Massachusetts. Later, he earned graduation from the American Conservatory Theater in the MFA program.

6. Made Acting Debut From Birds of Prey

Actor Neil Hopkins put his step in acting from a television series, Birds of Prey, in 2002. He played a role of a specialist in "Nature of the Beast" episode of the famous American action science-fiction drama television series.

A year after Hopkins began his acting career, he was signed in the main role of Chris in the 2003 film Walkentalk. Other stars of the film include Jason Cole, Ashley McGee, Maris O'Brien, and Jeffrey Wank. Hopkins won the Best Performance award at the Edwood FilmFest in 2007, for his role in the movie.

Actor Neil Hopkins famously appeared in a 2008 pilot Hit Factor. Hopkins starred opposite Oscar-nominated actor James Cromwell in the pilot. But very few of us know the actor was also the co-writer and co-executive producer of the pilot.

The Star Girl alum, 42, is happily married to Saba Homayoon for over a decade. Hopkins and Homayoon got married on 26th May 2007, and they are blessed with two children.

1. One of the Main Cast of DC Superhero Series Stargirl

The series is based on the DC Comics superhero Stargirl. Besides Hopkins, the star cast of the series includes Brec Bassinger, Yvette Monreal, Joy Osmanski, Luke Wilson, Anjelika Washington, among others.