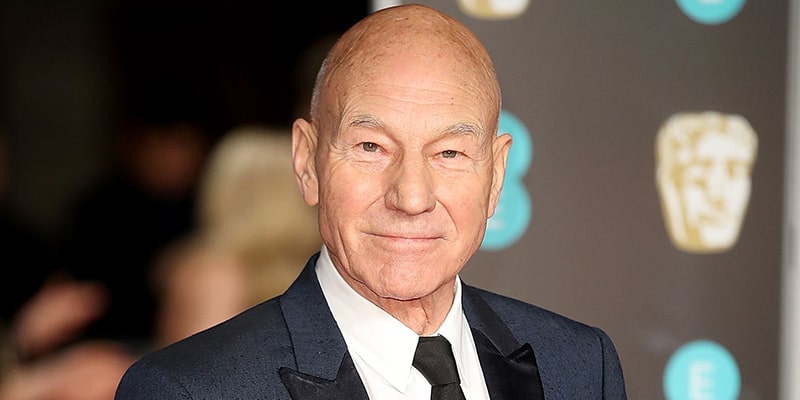 English-born actor Patrick Stewart is a prominent name on stage, film and television. In a career spanning over six decades, Stewart has worked in dozens of films and movies, among which he is best known for his role in the Star Trek series. In 2020, Stewart reprised his role of Jean-Luc Picard in Star Trek: Picard starring Michelle Hurd, Santiago Cabrera, and Harry Treadaway.

The 79-year-old actor, however, has kept most of his personal details far from the media. So, let's dig out some interesting facts of the actor.

7. His Father Served in the British Army

Patrick Stewart was born to father Alfred Stewart and mother, Gladys Stewart (nee Barrowclough) on 13 July 1940 in Mirfield, West Riding of Yorkshire. Stewart spent most of his childhood with his two older brothers Geoffrey and Trevor, in Jarrow.

Patrick's father, Alfred, served in the British Army. He was a regimental sergeant major of the 2nd Battalion, Parachute Regiment during World War II and also served with the King's Own Yorkshire Light Infantry.

Patrick said his father suffered from combat fatigue due to his wartime experience during the Dunkirk evacuation.

6. Worked as a Newspaper Reporter and Obituary Writer

As a child, Patrick Stewart attended Crowlees Church of England Junior and Infants School. At the age of eleven, he moved to Mirfield Secondary Modern School, where he studied drama.

He dropped out of school at 15 and increased his participation in local theater. At the same time, he got his first job as a newspaper reporter and obituary writer at the Mirfield & District Reporter. But, just a year later, his employer gave him an ultimatum to choose acting or journalism and he left the job.

5. Stewart Trained as a Boxer

Theater, film and television actor Patrick Stewart also trained as a boxer during his teen. As per the source, after he left his first job as a obituary writer, Stewart started training boxing.

4. He Suffered from Alopecia areata During His Teen

Actor Patrick Stewart reportedly suffered from Alopecia areta, a common autoimmune disorder that results in rapid hair loss while he was 19.

In his interview with BBC, Stewart shared he became traumatic and more timid after he started having a severe hair fall. He said he even changed the way he walked because he didn't want people to notice his thinning hair. He further said, "I wore hats all the time, caps, especially if it was windy."

Kicking off an acting career in 1965 from The Avengers, Patrick Stewart went on to work in over 100 television, stage and film projects in his more than sixty-year-long career. Besides fame, Patrick's lucrative career has also earned him millions of dollars as well.

As of 2019, Patrick Stewart possesses an alluring net worth of $70 million. His long-running association with the Star Trek series can be considered as one of the good earning projects for the British actor. As per Celebrity Net Worth, Stewart received a base salary of $45k per episode at the starting of Star Trek: The Next Generation, while he earned $100,000 per episode at his peak.

Patrick Stewart has been married three times and divorced twice. He married his first wife, Sheila Falconer in 1966 and divorced her in 1990 following 24 years long married life. Patrick gave birth to two children, son Daniel and daughter Sophia Stewart with his first wife.

Stewart started dating Wendy Neuss, one of the producers of Star Trek: The Next Generation and the couple became engaged in 1997. Three years later, they got married on 25th August 2000. Their married life, however, ended within three years. It was later confirmed that Stewart had already started dating his The Master Builder co-star, Lisa Dillon before his divorce from Neuss. The two continued their relationship until 2007.

In 2008, Stewart began dating a Brooklyn based singer and songwrtier, Sunny Ozell. The couple first met while he was performing in Macbeth at the Brooklyn Academy of Music. The couple started living together in Stewart's Park Slope home since August 2012. In March 2013, the couple was reported to be engaged and they tied the knot in September that year.

1. His Son Daniel Starred Alongside Him in Star Trek: The Next Generation

Patrick Stewart's son, Daniel Stewart, is also an actor. Daniel shared the screen with his father in an episode of Star Trek: The Next Generation in 1987. Daniel played the son of his father's character, Picard's son.

Later, Daniel again worked alongside his father in the Starz cable network sitcom Blunt Talk, in which he played a son of Walter Blunt (played by Patrick), Rafe Blunt.