Home seven-facts Everything You Need to Know about Chernobyl Actor, Paul Ritter

Everything You Need to Know about Chernobyl Actor, Paul Ritter 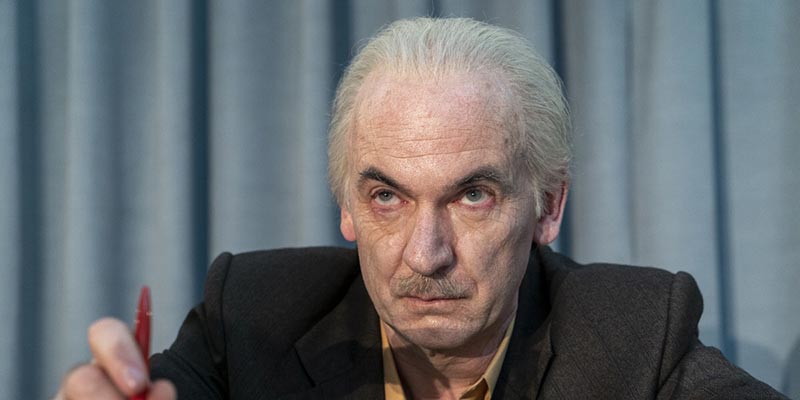 Paul Ritter is an English stage and screen actor who rose to fame for his roles in the films like Quantum of Solace, Harry Potter and the Half-Blood Prince and The Eagle. Recently, Ritter grabbed the worldwide recognition for his portrayal of Anatoly Dyatlov in Chernobyl.

7. Born and Raised in Kent, England

Actor Paul Ritter was born on 5th March 1966 in Kent, England. His birth name is Paul Radcliffe-Adams. According to IMDb, his mother was a classmate of renowned comic actor Bernard Cribbings. On the other hand, his father studied at the same school as the comedian Eric Sykes.

Actor Paul Ritter has been secretive about his childhood days and his days before he came to the limelight.

But, it seems like Ritter took time to find his passion as he was nearly in his thirties when he debuted in his acting career. He made his acting debut in 1994, at 28, from a television miniseries Seaforth, in which he appeared as Herman.

5. Was Nominated for Tony Award

Besides television and film, actor Ritter has also worked in stage productions that include a trilogy of plays The Norman Conquests.

In 2009, he was nominated for Tony Awards for Best Performance by an Actor in a Featured Role in a Play for his role of Reg in The Norman Conquests, however, he lost the award to actor Roger Robinson.

The famous Chernobyl actor stands at a tall height of 5 ft. 11 inches of 180 cm.

3. What is Paul Ritter's Net Worth

Paul Ritter has been acting for more than two decades. He has worked in dozens of television series, films, and stage play. Besides the immense fame, Ritter has also accumulated a handsome worth from his career. Though Ritter has not revealed his income and net worth, it is presumed to be more than $1 million as of 2020.

Paul Ritter's four projects, including Chernobyl, were released in 2019, which kept the English actor busy throughout the year. And he is working in yet another project as of early 2020.

He is currently filming for Operation Mincemeat, a war drama. And the film is expected to release by the end of 2020.

Ritter and the entire cast of Chernobyl were nominated for Best Ensemble in a Motion Picture or Limited Series by Online Film & Television Association.