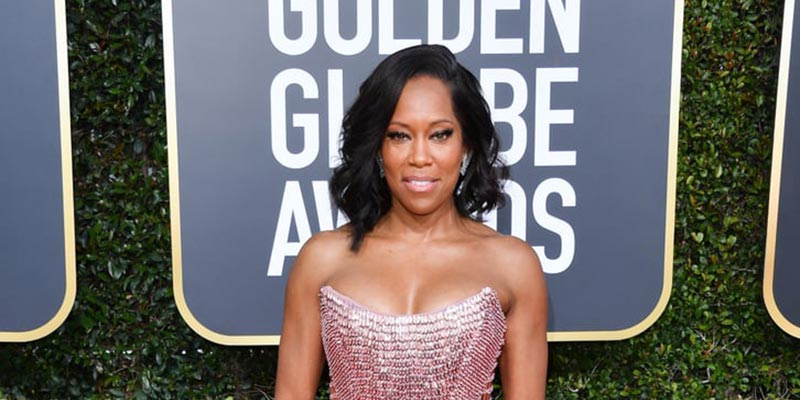 Regina King is an American actress, famously known for her appearance in the NBC television series 227. King made her ways to prominence with her roles in the films Friday, Jerry Maguire, and a crime TV series Southland. King, 49, has also been active as a director-she has directed many television series and a feature film. King has won several prestigious accolades in her decades-long career that include an Academy Award, Golden Globe Award, and three Primetime Emmy Awards.

Actress King has been acting for more than three decades. Starting in 1985 from the NBC series 227, the actress went on to portray the main roles in several television series and films. Apart from the popularity, she gained from her acting career, King also has earned a hefty sum of fortune.

The famous The Boondocks actress' role as Sharon Rivers in the 2018 movie If Beale Street Could Talk won her the first Academy Awards of her career.

5. Her Sister "Reina King" is Also an Actress

Regina Rene King was born as the oldest of two children of Gloria and Thomas King in LA, California. Her mother is a special education teacher, and her father is an electrician.

Regina has a sister, Reina King, who also followed a career in acting. Reina is recognized for her role in What's Happening Now!! Reina, however, couldn't find success in acting as her sister, and she retired from her career shortly.

4. Graduated from the University of Southern California

Regina King completed her schooling from Westchester High School in 1988. After that, she graduated from the University of Southern California.

3. She Served As Bridesmaid for Vivica A. Fox

Regina King was one of the Bridesmaids at actress Vivica A. Fox's wedding to Christopher "Sixx-Nine" Harvest in 1998.

Fox and Christopher Harvest divorced after just four years of married life in 2002.

The Watchmen actress, 49, dated actor and director Malcolm-Jamal Warner from 2011 to 2013. Warner is famously known for his roles in The Cosby Show, Fool's Gold, and Drop Zone.

After their breakup was revealed in the media, a source close to the actress said that she was still heartbroken over the breakup. Meanwhile, Us Weekly reported that the actress had hinted her then-boyfriend dumped her on Valentine's Day 2013.

1. She Divorced Husband Ian Alexander Sr. After A Decade of Marriage

Regina King was married to Ian Alexander from 1997 to 2007. The couple who met in the mid-1990s started dating soon. On January 19, 1996, over a year before they tied the knot, King and Alexander welcomed their only child, a son, Ian Alexander Jr.

The couple ended their marriage in 2007, however, the pair didn't disclose the reason for their divorce.