Home seven-facts Seven Facts Of Runaways' Ariela Barer Including Details Of Her Career, Se*uality, And Ethnicity

Seven Facts Of Runaways' Ariela Barer Including Details Of Her Career, Se*uality, And Ethnicity 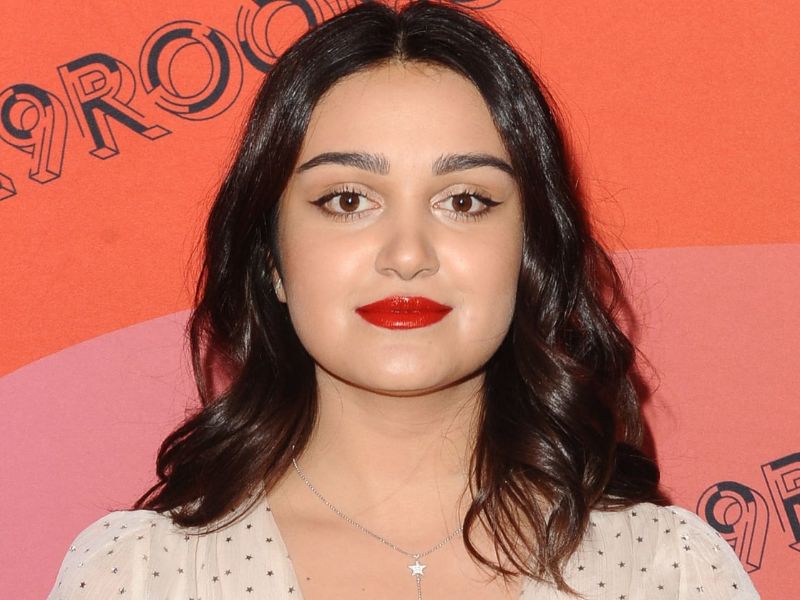 Ariela Barer is mostly known for the fictional Superhero character Gert Yorkes she played in the Marvel's Runaways.  Barer reprised the role in all three seasons of the web television created for Hulu.

Here we present you seven facts of the actress.

7. Ariela Is The Lead Vocalist Of A Band

The actress' interest in singing made her a vocalist of the California-based group The Love-Inns.

With the tag of all-girl indie/alternative/punk, Love Inns was formed in 2015 and has released an album titled SPLIT LIP.

6. She Is Of Latino Heritage

The Runaways actress' parents were born in Mexico and are Jewish.

Though now she resides in America, she states, most of her relatives are still in Mexico, and she never misses an opportunity to visit them in the holidays.

5. Barer Initially Auditioned For The Role Of Molly Hayes Hernandez

The 4th robust female character in the Marvel Universe, Molly, made its appearance on the Hulu's series Runaways. Ariela had auditioned for the Molly character, but later she got selected for the role of Gert Yorkes.

In an interview with Remezcla, Ariela exclaimed about the audition, “We liked your audition, but there’s no way we believe that you’re 14 years old. Do you want to read for this other part?” So, I went in and read for Gert and was like, “Oh, this is entirely me.”

Despite loving the lighthearted stuff, Barer's preferences are associated with the dark, brooding things.

The Marvel series she was associated with, she says, has a similar transition into darker places along with some lighter moments.

3. Professionally Took Up An Acting Career At The Age Of Nine

Though Ariela started acting at the age of three, she became professionally involved in the field from the age of nine.

In 2007, she lent her vocal to the recurring role of a Super Martian Robot Girl in an American-Canadian musical children's television series Yo Gabba Gabba!

Later, she started appearing on television series for episodic performances until finally being cast in the primary role.

2. She Is Open About Her Se*ual Preference

Then came another tweet on December 6, 2017, where she became explicit about her se*ual orientation.

Whether it is bise*ual, Ariela loves to show her true self to her fans and is happy about it.

Barer has always been vocal about social issues on her social media. Like her character Gert who shows the passion for social justice and related matters, Ariela is no different in her passion either.

In a chat with MTV News, the One Day at a Time actress revealed her association with an organization in Los Angeles. The organization provides food for homeless people living in the downtown area every once in a month.

The experience which lets her be close to the impoverished people is different and intense for her, and she is happy that such activities are productive as well.