Home seven-facts From A Former Football Running Back To A Leading Actor: Few Facts Of John David Washington's Interesting Career

From A Former Football Running Back To A Leading Actor: Few Facts Of John David Washington's Interesting Career 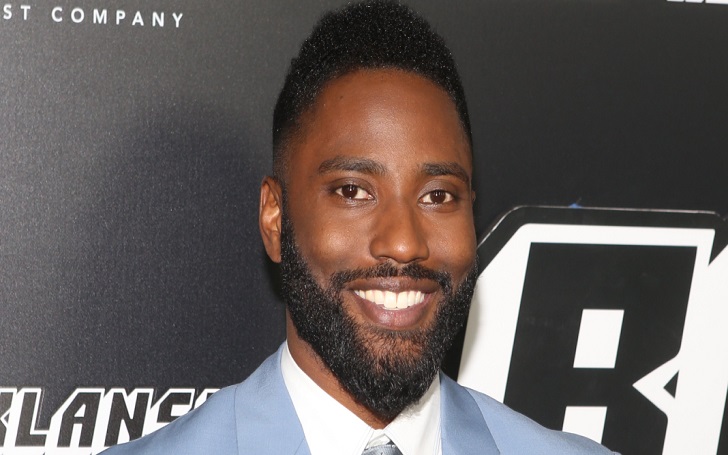 John David Washington is an African-American actor and former football running back who has starred in films like Malcolm X, Love Beats Rhymes, BlacKkKlansman, and Tenet.

Son of actor Denzel Washington and actress Pauletta Washington is a former running back of Sacramento Mountain Lions of the United Football League. The article below enlists some of John's fascinating facts.

7. Began Acting At The Age Of Seven

John David Washington made his career debut as an actor when he was just seven years old. He appeared in Spike Lee's 1992 film Malcolm X as a student in a school in Harlem.

He attended Campbell Hall School, where he was the letterman in football, track, and basketball. After graduating from Campbell in 2002, he enrolled in Morehouse College on a football scholarship.

In college he set a school record 1,198 rushing yards with an average of 5.6 yards and nine touchdowns, adding 10 receptions to his senior year for 69 yards.

Further, he also holds one-game (242 yards) and career (3,699 yards) leading rushing records for the school. Washington led the conference in rushing in 2005.

5. Running Back For Renown Teams

Washington went undrafted in the 2006 NFL Draft and was signed into St. Louis Rams as an undrafted free agent on 1st May 2006. After being released by the Rams on 31st August, he was again reassigned into the team's practice squad.

He represented Rhein Fire in the NFL Europe of 20117 during offseason.

David was then drafted by the California Redwood, now known as Sacramento Mountain Lions, in 2009 during the UFL Premiere Season Draft. He signed the contract on 18th August.

He remained on the team for the season and returned to Sacramento's fourth season in 2012.

The American footballer returned to his acting career in 2005 with the role of Ricky Jerret in the HBO series Ballers, featuring Dwayne "Rock" Johnson and Rob Corddry.

Produced by American actor, Mark Wahlberg the series was well-received by critics and continued for five seasons and 45 episodes. The fifth season concluded on 13th October 2019.

Directed by Spike Lee, the movie was a box office success and earned $93.4 million. For his acting performance, David was nominated for the Golden Globe Awards, People's Choice Awards, Satellite Awards, and Screen Actors Guild Award.

John David Washinton was born on 28th July 1984 in Los Angeles, California. He is the oldest of the four children born to actor Denzel Washington and actress Pauletta Washington.

Denzel Washington is an American actor, producer, and director who won two Academy Awards for his roles in Glory and Training Day. He is also the recipient of two Golden Globe Awards and a Tony Award.

His mother is also an actress who has appeared in films like Beloved and Steps.

Despite coming from a family of superstars, John David Washington never used his Oscar-winning father's name to climb the ladders of success. He became a popular footballer on his own.

He recalls the times when his father's status worsened the situations for him and players trashed talked him saying,

"You got the best actor dad ever but that don’t matter tonight, boy".