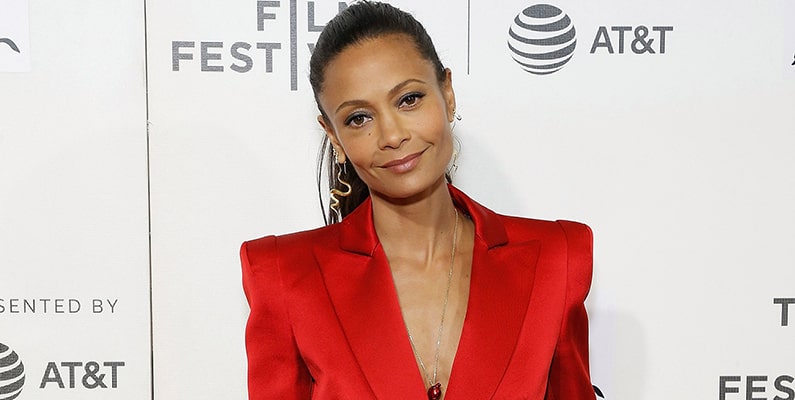 Thandie Newton is a British actress, famously known for her works in the British and American film industry. She is notable for her roles in Beloved, Mission: Impossible 2, and The Pursuit of Happyness.

For the past few years, Newton has been able to make her presence in the limelight from her role as Maeve Millay in HBO sci-fi western series, Westworld. She works alongside Evan Rachel Wood, Jeffrey Wright, Luke Hemsworth, and Tessa Thompson in the HBO series. The role has also won her a Primetime Emmy Award for Outstanding Supporting Actress in a Drama Series and two Critics Choice Awards.

Read the article till the end to know more about the actress.

Newton once said that her mother, Nyasha, was a Zimbabwean princess of the Shona people while her father, Nick Newton, is an English laboratory technician and artist.

6. She Studied Dance at the Tring Park School for the Performing Arts

Actress Newton was interested in dancing from the early childhood days. She later trained dance at the Tring Park School for the Performing Arts.

Besides, Newton studied social anthropology at Downing College, Cambridge, from 1992 to 1995.

Thandie Newton was only sixteen years old when she got into her first relationship. It was at the starting of her career where she remained in a relationship with an Australian film director, John Duigan, who was 23 years her senior.

Newton talked about her six-year-long affair with the director with InStyle magazine in 2011. She said she traveled to Australia to audition for his film, Flirting starring Nicole Kidman, where she met the director who she said took advantage of her innocence as a teenager. She said,

I was a very shy, very sweet girl. I wan't in control of the situation. Would I have liked things to be different? Sure. But I can now value myself more for the way I got through it. I don't see myself as a victim.

She further said she was frustrated after the relationship was over and underwent therapy.

4. She is a Mother of Three

As per the sources, Newton gave birth to all three children of her at home. After she gave birth to her third child, Newton took to her Twitter, saying: "My 3rd home birth with brilliant independent midwife Caroline Flint."

3. Thandie Newton is a Vegan

The Westworld actress, 47, is a vegan. Newton hasn't disclosed much about her story behind becoming a vegan.

During her speech at the TEDGlobal 2011 conference in July 2011, Thandie Newton revealed that she had suffered from eating disorder bulimia during the early phase of her career.

1. Newton is an Atheist

Born to a white English father and a black Zimbabwean mother, Thandie Newton grew up in London. In the Ted Talk 2011, Newton described herself as an atheist.

However, as per some sources, Newton has expressed an affinity for Buddhism.