Seven Facts Of "The Outsider" Actress Julianne Nicholson: Know About Her Married Life and Children 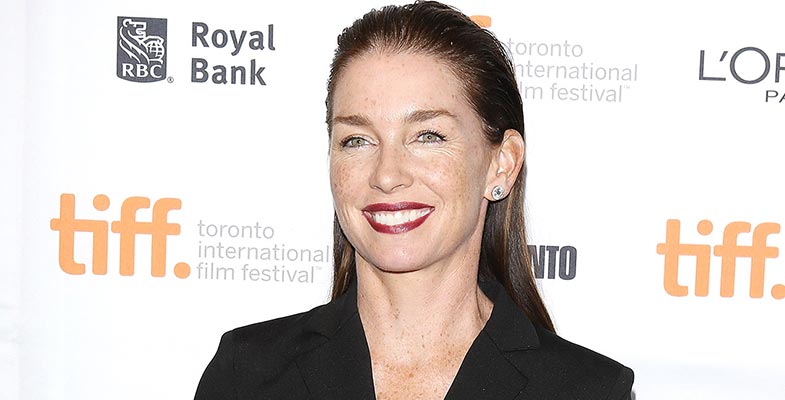 Julianne Nicholson is an American actress who famously played NYPD detective Megan Wheeler on Law & Order: Criminal Intent. She is also known for her role in the HBO series Boardwalk Empire and Showtime's Masters of Sex. Her recent works include films like Monos, Togo and Inciales S.G., and a television miniseries The Outsider.

Here's everything you need to know about The Outsider alum.

7. Nicholson is of Irish Descent

Julianne Nicholson was born and raised in Medford, Massachusetts as the daughter of James O. Nicholson, Jr. and Kate Nicholson (nee Gilday). She belongs to the Irish descent.

She is the oldest of four children born to James and Kate. She completed her high school education from Arlington Catholic High School.

6. Worked as a Waitress in New York

After high school, actress Nicholson, 48, started modeling in New York. She quit modeling for a year and resumed her modeling career in Paris. Afterward, she returned to New York and started studying general studies at Hunter College.

Nicholson worked as a waitress to support her studies and sustain in New York while she attended Hunter College. She left college two years later and started studying acting.

The Outsider alum started her acting career in 1997, making an appearance as Cara in an episode "Parents and Children" in Nothing Sacred. She landed her first major television role in 2000 when she made her appearance as Marian Kitt The Others.

Nicholson debuted in her film career in 1998, playing the role of Lou Yates in Harvest.

4. She Was Starred as Glory Maitland in The Outsider

Nicholson was cast as Glory Maitland in the 2020 television miniseries The Outsider. The horror crime drama miniseries is based on the eponymous novel by Stephen King.

Actress Julianne Nicholson has been married to a British actor Jonathan Cake since 2004. The couple tied the knot in a romantic wedding in Italy. Nicholson and Cake first met while filming an unaired HBO pilot, Marriage, in which they played a couple.

The happily married couple is blessed with two children. They gave birth to their first child, a son Ignatius Cake in September 2007. They welcomed their second child, a daughter, Phoebe Margaret Cake, in April 2009.

Nicholson portrayed Alice in the 2004 comedy film Seeing Other People. In the movie, she worked alongside the likes of Jay Mohr, Lauren Graham, Jelen Slater, and Andy Charles.

Nicholson won the Best Actress Award at US Comedy Arts Festival Award for her role in the movie.

1. Julianne Nicholson is a Millionaire

Starting in 1997, Julianne Nicholson has worked in dozens of films and television series. She has amassed a handsome wealth from her acting career.

Nicholson holds a net worth of $3 million as of February 2020.