Home seven-facts Starting From A Flop, Wes Anderson Rose As One of the Finest Hollywood Filmmakers-Seven Facts About Him

Starting From A Flop, Wes Anderson Rose As One of the Finest Hollywood Filmmakers-Seven Facts About Him 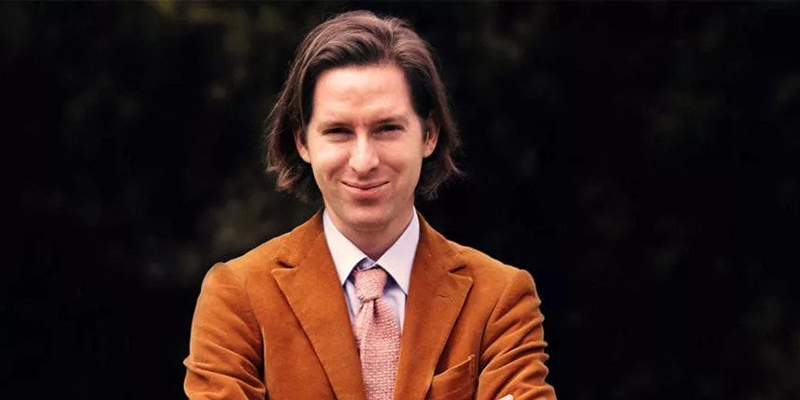 Filmmaker Wesley "Wes" Anderson is famous for his distinctive visual and narrative styled films. Anderson is also regarded as a modern-day example of the auteur. He is most well-known for his three films; The Royal Tenenbaums, Moonrise Kingdom, and The Grand Budapest Hotel. The 50-year-old American filmmaker was nominated for the Academy Award for Best Original Screenplay for all three movies in 2001, 2012, and 2014, respectively. Currently, Anderson runs a production company American Empirical Pictures that he founded in 1998.

Here is what you need to know:

7. With Decades of Work, Wes Anderson is Undoubtedly a Millionaire

The 50-year-old Houston native filmmaker has earned a hefty sum of money from his career. According to celebrity net worth, Anderson's net worth is estimated at $30 million in 2020. However, The Richest estimated his net worth to be $15 million.

Starting the career from 1996 film Bottle Rocket, Anderson went on to make dozens of films. Moreover, he has also made his appearances in a handful of films in his decades-long career in Hollywood. Anderson primarily earned his wealth from his career as a filmmaker. Besides, he has also raked a handsome sum of money from his acting roles.

6. He Has Not Won A Single Oscar from Five Nominations

Anderson's fifth Oscar nomination came in 2018 for the animated sci-fi movie Isle of Dogs in the category of Best Animated Series.

Actor and director Wes Anderson is dating Lebanese writer, costume designer, and voice actor Juman Malouf since 2010. The couple is also blessed with a daughter, Freya, whom they welcomed in 2016. As per the records, the lovebirds named their daughter after a character from the film The Mortal Storm.

He has two brothers, Eric Chase Anderson and Mel Anderson. Wes' parents got divorced during his childhood.

3. His First Movie, Bottle Rocket was Based on His Real-Life Experience

Anderson met actor and screenwriter Owen Wilson at the University of Texas in 1989. The pair later became close friends and went on to share an apartment in the early 90s. The couple's apartment had a faulty window. They asked the owner to fix the window, but couldn't get it fixed for long. Then the roommates broke into their apartment and stole items before they reported it to the police. However, their plan failed.

But, their unprofessional plan later became the inspiration for the plot for Anderson's 1994 short film Bottle Rocket, which was later adapted to a film of the same name.

2. Worked as Director, Producer, and Writer in Upcoming Comedy-Drama The French Dispatch

After the success of the 2018 movie Isle of Dogs, Wes Anderson has worked as a director, producer, and writer in the upcoming American-German comedy-drama film, The French Dispatch. The movie, starring Frances McDormand, Timothee Chalamet, Jeffrey Wright, and Lea Seydoux, is made under the budget of $25 million.

The film is touching the screen in 2020, but the release date is yet to be revealed as of January 2020. The movie is filmed in the city of Angouleme, South-West France.

1. The Grand Budapest Hotel is the Most Successful Movie of His Career

Anderson has made more than ten movies so far in his career, and the most successful movie of his career is 2014's The Grand Budapest Hotel, both critically and financially. The film raked $174.8 million at the Box Office against the budget of $25 million. It is rated 8.1 in IMDb and 91% in the Rotten Tomatoes.

Some of his other successful movies include Moonrise Kingdom, Isle of Dogs, and The Royal Tenenbaums. Not to mention, Anderson's first film, Bottle Rocket, was a big failure, which collected $560 thousand at the Box Office against the budget of $7 million.