Home seven-facts The End Of The F***ing World Alum Alex Lawther Is A Next Superstar: Seven Facts About Him

The End Of The F***ing World Alum Alex Lawther Is A Next Superstar: Seven Facts About Him 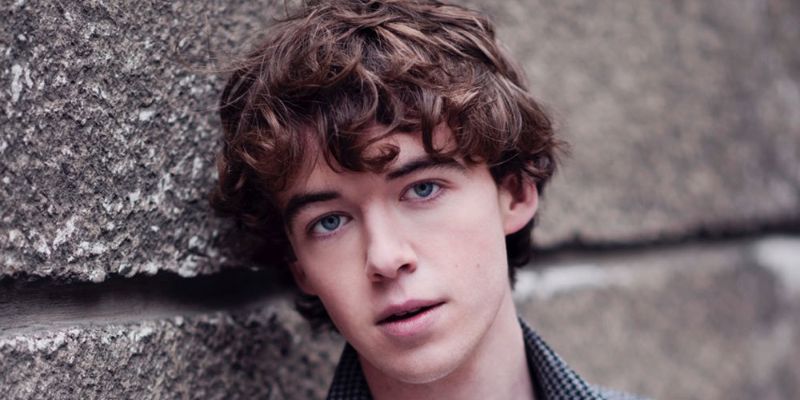 A psychopath as the main protagonist? It's hard to love a character who self-identifies as a psychopath. Nevertheless, Alex Lawther, who played James in the British dark comedy-drama television program The End of the F***ing World, garnered critics acclaim for his acting in the series and made us all love his character.

Alex also had a role as Kenny in the episode "Shut Up and Dance" of the Netflix series Black Mirror. He won London Film Critics' Circle Award for playing the young Alan Turing in the film The Imitation Game.

There is no doubt that he is the future of Hollywood, and we have a lot to discover about him. Here is our little attempt.

Alex has cited the movie Maltida as his favorite, and he can apparently recite the movie entirety from start to finish.

Obviously, he must have watched it dozens if not hundreds of times. And we can't really blame him, to be honest, it's a good movie and one that many kids grew up watching.

Alex professionally started acting at the age of 16 and has appeared in several movies and television series like The Imitation Game, Black Mirror, The End of the F***ing World, and many others.

The hefty $2 million might seem like a lot to put on a young man, but he has managed to do so from his endorsements deals and lucrative agreements. Alex has endorsed and promoted brands like Netflix, McDonald, and fashion youth, among others.

He finds it best to be young and employed in London, adding, the disposable income allows him to spend on a constant stream of books, theatre, and cinema tickets.

5. The End Of The F***ing World Success Surprised Him

Alex was amazed by the favorable outcome of the Netflix series, The End of the F***ing World. The series starred Jessica Barden, Gemma Whelan, Wunmi Mosaku, and Steve Oram. Alex described the success he achieved from the series saying:

I don't really understand how Netflix works.......There wasn't much advertising for it, me and Jess aren't stars, and we haven't done an awful lot of work before. It was quite a small family affair, as it were.

4. He Is Not Active On Social Media

With speech filled with "one must examine," "as it were," and other numerous phrases, bringing out the words from his mind, after much consideration, he doesn't speak like 24 years old, nor does he act like one.

Despite his friends persuing him to join social media like Instagram and Twitter, given his success from The End of the F***ing World, Alex prefers to live a private life.

Moreover, his friends decided to make an Instagram account for him to which he replied, "I just like just being a voice that says, 'You don't have to enter the public eye in that way if you don't want to.'"

Being the son of two lawyers might have put him at a disadvantage in pursuing an acting career. But he must have learned a thing or two from his older brother Cameron Lawther.

In fact, Cameron is an award-winning English film producer. He has garnered acclaim and recognition for several short films and his first feature film, AfterDeath.

2. He Was Allowed To Mold His Character

While preparing for his role, Tyldum had provided Alex the chance to formulate his own vision of Alan Turing. While doing so, he avoided watching Benedict Cumberbatch, adult Alan Turing, dailies so as not to overly influence his own choice.

In fact, Alex went on to win the London Film Critics' Circle Award for "Young British Performer of the Year" for the role of young Alan Turing. The credit for this must go to Tyldum for drawing the best out of his actors and giving them creative freedom.

Lawther's aspiration to be an actor came when he had to make up his own games to entertain himself as a child. Throughout his time at his secondary school, Churcher's College in Hampshire, he wrote and put together a play as part of his drama club involvement.

Genuinely, Alex's talent and creativity have been put to use, and he has been praised by veteran actress Dame Maggie Smith for his work, telling him that "most of us spend our lives trying to do what you've achieved." Moreover, he has also been compared to his idol, Ben Whishaw.