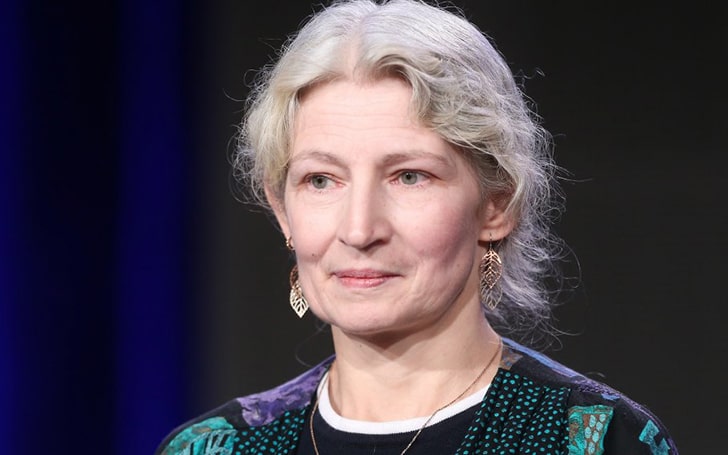 Ami Brown, the name we have heard frequently, is a matriarch of Brown family that lived in the wilderness of Alaska for years. Came to the limelight recently from the Discovery reality TV series Alaskan Bush People, we have a lot to tell about her.

7. She Was Only 15 While She Married Billy Brown

Ami Brown was only 15 years when she eloped with Billy Brown. The Texas-born reality television star met Billy Brwon while they both lived in Texas. Billy, who is 11 years her senior was previously married and already had a daughter. In 1979, Ami and Billy got married secretly and settled briefly in Fort Worth, Texas.

Despite getting married early and immature, Ami Brown has no issue with her marriage to date. Instead, Ami is very happy with her husband, the children she has with him. Moreover, Ami doesn't have any problem with her husband being the sole decision-maker when it comes to their family.

6. Ami Spent Her Childhood In An Abusive Household

Ami Brown wasn't in a term with her family ever since she fled her house to get married to Billy Brown. After around 37 years of estrangement, Ami's mother, Earlene Branson, reached Alaska to surprise Ami in 2016. Since her reunion with her mother, Ami has opened up a bit about her childhood and family environment.

As per the reports, Ami's childhood days were ruined by her father's alcoholism. Moreover, she also said she spent her childhood in a home "filled with violence." Meanwhile, Ami's mother, Earlene, and brother, Les Branson, said that the allegations made about Ami's childhood by the autobiographies of Billy Brown were all fake. However, they avowed Ami suffered some pain after her parents' divorce.

5. Trapped on an Island for 18 Months

In 1983, the couple headed to Alaska, where they struggled to fit in the environment in the wilderness. There they were trapped on an island for around 18 months and were forced to learn to survive in the extremities.

Married in 1979, Ami and Billy Brown went on to have seven children together. They are the proud parents of five sons; Matt Brown, Joshua Brown, Gabriel Brown, Noah Brown, and Solomon "Bear" Brown, and two daughters; Rain Brown and Snowbird Brown.

In January 2019, their son, Gabe Brown, got married to his fiancee Raquell Rose Pantilla. Gabe and Raquell announced in September 2019 that they are expecting their first child together. Moreover, in August, Noah got married to Rhain Alisha. They are already proud parents to a daughter, Elijah Brown.

Meanwhile, Bear Brown, who is in a relationship with Raiven Adams, is also expecting his first child that is due in April 2020. Ther second eldest son, Joshua Brown, is in a longtime relationship with one of the Discovery Channel producers, Allison Kagan.

3. Her Eldest Son, Matt Brown Has a Troubled Past

Ami Brown and Billy Brown's eldest son, Matt Brown, has been to a rehab center twice for his alcohol addiction since 2016. In his first entrance to rehab, Matt spent 35 days. In 2018, he re-entered the facility after his struggle with substance abuse.

Moreover, in 2013, Matt was arrested in Juneau for Driving Under Influence (DUI) and hit and run following a night party.

2. Ami is Expert on Gardening and Growing Foods

The 55-year-old matriarch, Ami, has quite a skill on gardening and growing food. During their extended livelihood in the wilderness of Alaska, the Brown family members had allocated specific works for themselves, and Ami found herself comfortable on gardening and growing food. Moreover, she also has a keen interest in navigation. There in Alaska, Ami also homeschooled her seven children.

Ami Brown was diagnosed with stage 3 lung cancer in June 2017. The family revealed the devastating news on the June 28 episode of the hit Discovery show Alaskan Bush People. They announced the biopsy revealed a cancerous mass in her lungs. At that time, doctors gave her as low as 3% survival chance.

After the diagnosis, the family moved to California from Alaska, where they started Ami's treatment. Ami underwent a series of chemotherapy and radiotherapy. Though Ami was reported to be cancer-free initially, it was declared to be in remission in November 2017.

Ami needed to revisit the doctor frequently, due to which, the Brown family decided to leave their Alaskan residence. Later on, they purchased a ranch in Washington and started living there.