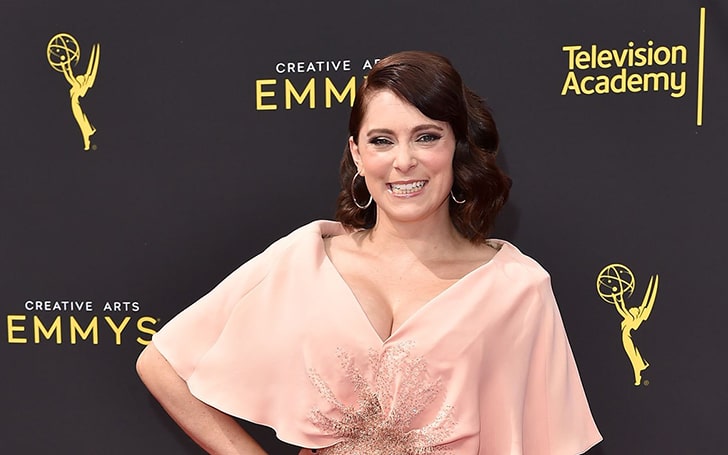 Here are seven interesting things you need to know about Bloom.

7. Was a Head Writer and Director of the School's Premier Sketch Comedy Group

Born and raised in California, Rachel Bloom joined New York University's Tisch School of the Arts after completing school from Mira Costa High School. She graduated in 2009 with a BFA degree in Drama.

While in the Tisch School of Arts, Bloom was involved in the school's drama programs. Furthermore, she was head writer and director of the school's premier sketch comedy group, Hammerkatz.

6. Rose To Limelight After "F**k Me, Ray Bradbury"

Bloom performed at Upright Citizens Brigade Theatre following her graduation, however, it was her first song, "F**k Me, Ray Bradbury," that she released in April 2010, on the occasion of Ray Bradbury's 90th birthday.

Her first song was inspired by Bradbury's book, The Martian Chronicles. The song was hit and brought her into the limelight.

The 32-year-old comedian, actress, and singer struggled a bit to find her track after her debut from the song. Before getting success as a singer, Rachel Bloom worked as an intern for head writer Seth Meyers on Saturday Night Live.

Later in 2012, Bloom also auditioned for the SNL, however, she wasn't selected for the show. At the time, she had submitted an audition video, in which she did mimicry of Katharine Hepburn auditioning for the role of Bugs Bunny in Space Jam.

Rachel Bloom is best known for her role main role of Rebecca Bunch on romantic musical comedy-drama, Crazy Ex-Girlfriend. She appeared on 62 episodes of the show, in which she was also an executive producer, writer, and director.

3. She is Happily Married to Dan Gregor

Actress and comedian, Rachel Bloom is married to Dan Gregor since 2015. The couple, who dated for around six years before they got married in a privately organized wedding which was officiated by her cousin, a rabbi at Texas A&M University. The lovebirds later held a wedding ceremony for their friends, which was more like a bachelor/bachelorette party.

The husband-and-wife has been married for over four years. On September 14, 2019, Bloom announced she was pregnant with her first child. The revelation came after she won an Emmy for best original music and lyrics at 2019 Creative Arts Emmy Awards. Announcing the news, she also revealed the couple's first child would be a baby girl. She said: "I get to tell my child she was with me when this happened, which is pretty f***ing cool."

2. Struggled with Depression and Anxiety

The Emmy-winner openly talked about her struggle with anxiety and depression. Speaking to the November Issue of Glamour magazine, Bloom opened up about her diagnosis with depression, anxiety, and OCD.

There she said the anxiety kept her awake at night. Later, she sought the help of a psychiatrist and started practicing meditation. She said,

Meditating has helped me to focus on the present and to not see every great thing as my thing to f**k up.

1. Owns a House in Los Angeles

Actress Rachel Bloom and her husband Dan own a house in Los Angeles, which they bought for $1.3 million in late 2015. They have been residing in the house since their marriage in 2015.

Recently, Bloom and Dan Gregor filed the fraud lawsuit against the broker who set the house for them. They accused the broker of selling a property they had flipped and not disclosing many issues with the home. But the broker, Raul Menjivar, and the company The Run Group denied her accusations in a document they submitted to the court.