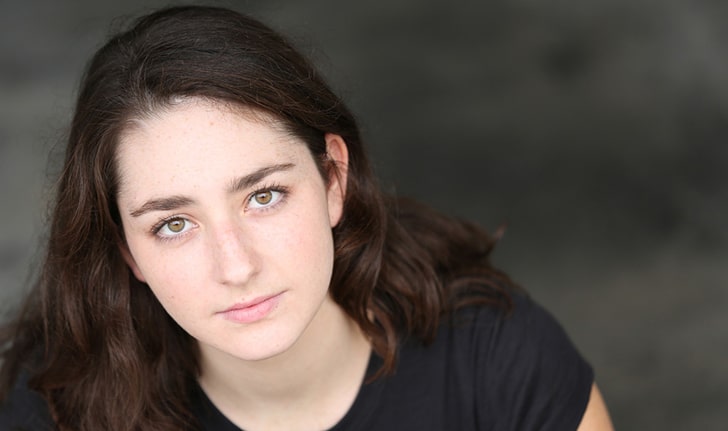 Camille Ramsey is an American actress who rose to prominence from her appearances in American Vandal and an episode of television sitcom series Dream Corp LLC. To know more about the rising American actress, read the article till the end.

Camille Ramsey was born on 11th November 1992 in Hollywood, Los Angeles, California, where she spent most of her childhood days. Ramsey holds an American nationality and is of Irish and English descent.

Ramsey attended Campbell Hall School in LA, where she discovered her interest in acting. While she was still in school, she enrolled in the Children's Theatre Group of Southern California, where she honed her dancing, singing skills as well as started learning acting techniques.

Ramsey spent thirteen-long-years of her childhood in learning ballet. She was even awarded the Excellence in The Arts Award in her senior year.

3. She Dropped Out of California State University to Pursue Further Study in Acting

Actress Camille Ramsey enrolled at California State University, Fullerton, after high school. But, only a year after joining the college, she dropped out and leaped into a professional stage studying in the Michael Woolson Studio and later with Stuart K. Robinson.

In an interview, Ramsey said that she found the insight and challenges that she needed to succeed in her pursuit of studying the performing arts.

The 27-year-old American actress started her career in acting from a television mini-series My Sister and I in 2013, in which she portrayed the character of Sarah McLaurie. Ramsey worked in a total of six episodes of the series in its two-season run.

In 2017, Ramsey landed her breakthrough role in an American mockumentary web television series by Dan Perrault, American Vandal. She worked alongside Tyler Alvarez, Griffin Gluck, Travis Tope, and Jimmy Tatro during her seven episode-stint on the show.

Besides Ramsey, actors Tyler Posey, Luke Youngblood, Jorge Diaz, Charlet Chung worked as a voice actor in the show, which was premiered on 26th December 2019.

Actress Camille Ramsey doesn't readily share her personal life and relationship stuff with her fans. But some sources have mentioned she was in a relationship with the Law & Order True Crime star Zach Tinker in 2018. However, the couple has not opened up anything about their relationship.

Meanwhile, Tinker was reported to be dating actress Cait Fairbanks. Though the couple hasn't made their relationship official, several outlets have reported the couple has increased their intimacy in recent months.

Camila Ramsey is an active user of Instagram with a handler "ramseyc." She has slightly over 5k followers on the platform and has posted over 160 posts as of late December 2019. Ramsey focuses on her professional life on her social media post, which is reflected by her most recent post-a video clip of Fast & Furious: Spy Racer.