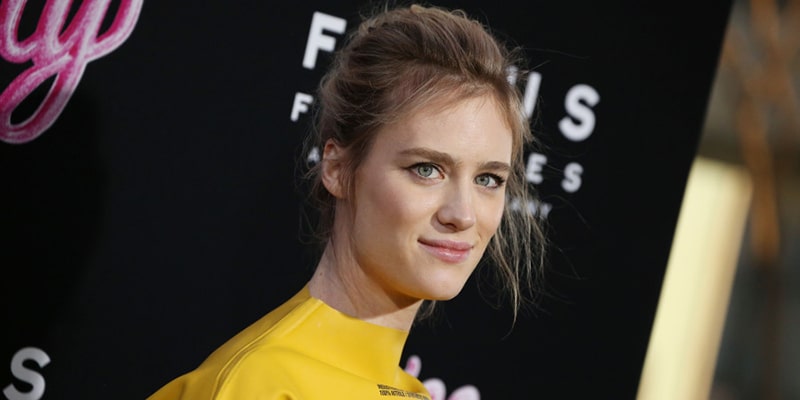 Canadian actress Mackenzie Davis, 32, has been active as an actress since 2011 when she worked as Terri in a short film, Alex. The following year, she made her feature film debut as Millie in an American drama film Smashed. Davis rose to prominence from her role in the films such as Breathe In, The Martian, Blade Runner 2049. Her role as Nicole in the 2013 romantic comedy film, The F Word which also earned her a Canadian Screen Award.

We have everything you need to know about Mackenzie Davis. Read till the end:

After graduating from Collingwood School, Davis went on to study English Literature and women's studies at McGill University in Montreal, Quebec.

6. She Started Modeling During Her College Time

Davis developed a keen interest in modeling while she was attending her graduation at McGill University. Moreover, the actress also took a one year break to pursue a modeling career. She also traveled to London and Paris for the modeling work, however, she couldn't get the success she wanted in the short period.

5. The 32-Year-Old Canadian Actress Relocated to New York to Pursue Her Acting Dream

After Davis completed her graduation from McGill University, she relocated to New York to study acting. There she enrolled at the Neighborhood Playhouse.

Afterward, she made her acting debut from the 2011 short film Alex.

Starting in 2011, Mackenzie Davis has worked in a number of films and television series. Her illustrious career has gained her widespread fame as well as alluring net worth. As of early 2020, Davis' net worth is estimated to be around $3 million.

In mere eight years of an acting career, Davis has already worked in nearly two dozen movies and around half a dozen television series. In television, Davis is popular for her portrayal of Cameron Howe in the period drama Halt and Catch Fire.

Canadian actress Mackenzie Davis doesn't prefer to share her private life and relationship stuff with the public. But, she once took to her Instagram in June 2019, sharing her picture with a man named Gus Thompson. Davis referred to Thompson as her boyfriend in the caption. Her caption goes like this: "Mackenzie with boyfriend Gus Thompson."

Davis hasn't disclosed anything more about her boyfriend and relationship as of now. However, some online tabloids reported they have been spotted together in public events frequently.

2. Her Hobbies Include Collecting Taxidermy Animals and Preserving Insects

According to Davis' website, the actress is keen on collecting taxidermy animals and preserving insets. Moreover, she also a varied species of preserved insects. She lost most of them after stepping on them during a photoshoot.

1. Davis' Three Movies and One Television Series Set to Release in 2020

Mackenzie Davis-worked three films and one television series are to be released in 2020. The first one to touch the screen would be The Turning. The supernatural horror film also stars Finn Wolfhard, Brooklynn Prince, and Joely Richardson, among others. The movie is set to release on January 2020.

She is starred as Harper in a romantic comedy film, Happiest Season. It is scheduled to be released on November 20, 2020.

She has also worked in a comedy film Irresistible and has portrayed a main role of Kirsten in a television series Station Eleven. Both projects are expected to be released by the end of 2020.