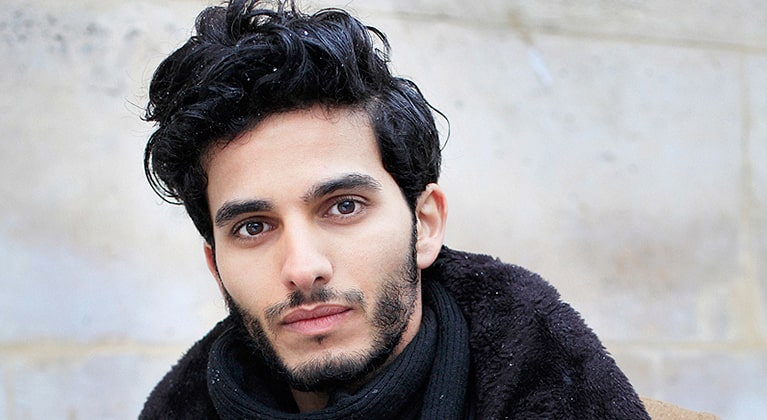 Belgian actor Mehdi Dehbi's roles in The Other Son, Mary Queen of Scots, and A Most Wanted Man brought him to the stardom. Besides television and films, Dehbi also has some theater credits under his belt, which include plays like Romeo and Juliet, Terre Sainte, and The Just Assassins, among others.

Here you can find seven interesting facts about the young Belgian actor.

7. Born in Belgium to Tunisian Parents

Actor Mehdi Dehbi was born to Tunisian parents on 5th December 1985, in Llege, Belgium. He holds Belgian nationality. He was born under the birth sign Sagittarius.

6. Dehbi is Fluent in Four Languages

Actor Mehdi Dehbi appears to be a linguist as he is fluent in four languages. Born in a Tunisian family, he learned the Arabic language as his mother tongue. Moreover, growing up in Belgium, he became familiar with French, one of its official languages. He later learned two more languages; Spanish and English.

Mehdi Dehbi made his acting debut from a French movie Le soleil assassine (Murdered Sun), in which he portrayed the character of Hamid. The role was based on the mysterious murder of Jean Senac.

The role earned Dehbi a Joseph Plateau Award for Best Belgian Actor. He was only 16 years old when he was cast in the movie.

4. Dehbi is a FIPA Winner

The following year, he was cast as Nari in Le sac de farine, which also earned him a nomination in Magritte Award for Most Promising Actor.

3. Mehdi Dehbi Has Directed a Play

Actor Mehdi Dehbi was interested in theater from his early days, however, he found success on television and film, which almost kept far from the theater. But in 2007, he made his theater debut with a Shakespearean play Romeo and Juliet.

Later in 2013, Dehbi tried his hand as a theater director in a play The Just Assassins by Albert Camus.

The 34-year-old actor has been engaged in acting for over one and a half-decade, however, Dehbi doesn't indulge being on the limelight. Moreover, Dehbi is not active on any social media platforms like Instagram, Facebook, and Twitter.

Dehbi has played the title role in the series, which was released on January 1, 2020 on Netflix. The series also stars Tomer Sisley, Michelle Monaghan, John Ortiz, and Lavie Owen.