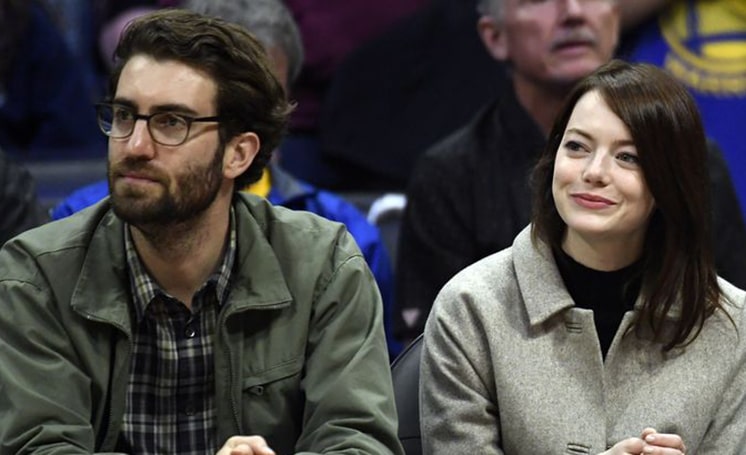 Actress Emma Stone became engaged to her longtime boyfriend, Dave McCary. The 31-year-old Oscar-winner's new fiance took to his Instagram on Wednesday, 4th December, sharing the joyous moment of the couple. In the post, Stone excitedly showed off her new engagement ring, which he captioned as "💕."

Dave McCary is a segment director and writer for Saturday Night Live since 2016. The 34-year-old currently lives in New York City. Here is everything you want to know about Mr. McCary.

7. He Has Directed 33 Episodes of Epic Rap Battles of History

McCary, who mostly remains out of the media radar, was a director of the famous YouTube show Epic Rap Battles of History. McCary directed the first 33 episodes of the show, which ran on the platform from 2010 to 2013. The series cast included Nice Peter, Epic Lloyd, Zach Sherwin, and Dante Cimadamore, among others.

6.Made Debut In Film From Bigsby Bear

Dave McCary made his debut as a film director in 2017, from Bigsby Bear. The film starred his best friend and SNL cast member Kyle Mooney. Other cast members of the film included Mark Hamill, Greg Kinnear, Claire Danes, and Matt Walsh, among others.

The film is rated at 7.3/10 on IMDb and sits on 82% on Rotten Tomatoes. According to Heavy, It grossed approximately $529,426 at the Box Office. Meanwhile, the movie earned nominations for the Grand Jury Prize at the Sundance Film Festival and the Golden Camera at the Cannes Film Festival.

5.McCary is a Three-Times' Emmy Nominee

Even though McCary prefers to stay low key, he has created his own space in the industry. The 34-year-old creative writer was nominated three consecutive times for Outstanding Writing for a Variety Series for his work on Saturday Night Live in 2016, 2017, and 2018.

4. He is a Co-Founder Of "Good Neighbor" With Three College Friends

Before landing a job as a writer on SNL, Dave McCary founded a sketch comedy group, "Good Neighbor" with his college friends Kyle Mooney, Beck Benner, and Nick Rutherford. With the group, they produced a number of sketches, including Is my roommate gay? and Unbelievable Dinner that garnered 4 million and 2.3 million views, respectively.

3. Is Reluctant of Fame

Dave McCary doesn't really indulge in being in the spotlight. This might be one of the reasons why actress Stone and McCary kept their relationship out of the media most of the time. As per an article in People, an anonymous source told them of McCary as:

He's never wanted to be famous himself, he's wanted to showcase his funny friends and make work that lets him hang out with them.

As a matter of fact, McCary has set his Twitter to private and is rarely found showcasing his lifestyle to the public.

2. He is a San Diego Native

Born on July 2, 1985, Dave McCary is a San Diego, California native. He spent most of his childhood days with his friend Kyle Mooney, and they attended the University of Southern California together, where he met Nick Rutherford and Beck Bennett.

1. Made A Rare Public Appearance at SAG Awards With Then-girlfriend Emma Stone

Dave McCary and Emma Stone have been rarely spotted together in public in their two-year-long relationship. But, Dave made his presence at the 2019 SAG Awards in January 2019, where his girlfriend Stone was up for acting awards for her roles in the film The Favorite and Netflix series Maniac. The 31-year-old walked the red carpet alone, though.