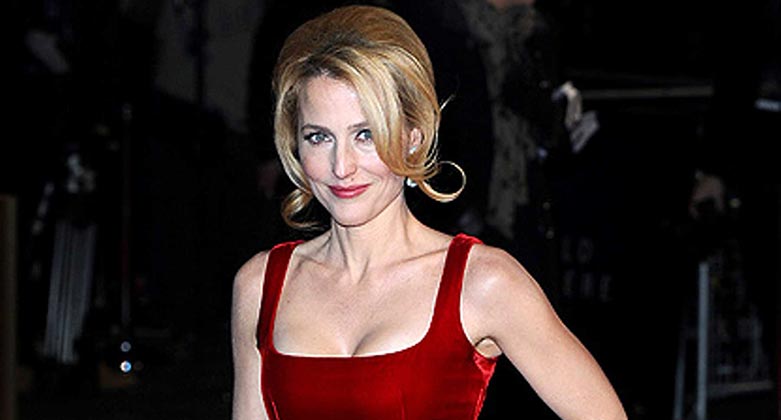 American British actress Gillian Anderson is famously known for her roles as a special FBI agent Dana Scully in The X-Files and ill-fated socialite Lily Bart in The House of Mirth. Her other film works include The Mighty Celt, The Last King of Scotland, Viceroy's House, and The X-Files: I Want to Believe. Besides actress Gillian Anderson's television credits include the series like Bleak House, Great Expectations, Hannibal and American Gods.

In 2019, Anderson started playing the role of Jean Milburn in the Netflix comedy-drama Sex-Education. The Emma Mackey, Ncuti Gatwa, Connor Swindells, Asa Butterfield, and Tanya Reynolds starrer series premiered on Netflix in January 2019. The series completed its second season in February 2020. The show was subsequently renewed for a third season.

Here are seven facts about the Emmy winner.

The 51-year-old American actress has been active in acting since 1986. In her more than three-decade-long career Anderson has been a part of many big-budget movies and television series.

6. She is an Avid Art Collector

Actress Gillian Anderson is a passionate art collector. She has spent a lot of money to purchase art pieces. She reportedly spent her first earning from the X-Files to buy a David Blackburn lithograph.

Besides, she has also collected arts from many artists, including Helen Levitt, Diane Arbus, Cindy Sherman, Alexis Rockman, and Kiki Smith, among others.

5. She Frequently Moved During Her Childhood

Gillian Anderson was born in Chicago, Illinois, to Rosemary Alyce (nee Lane) and Homer Edward Anderson III. Her father owned a film post-production company while her mother was a computer analyst. Anderson has a mix of English, German and Irish ancestry.

Shortly after her birth, her parents moved to Puerto Rico, where they spent 15 months before moving to London. The family returned to the United States of America when Anderson was 11 years old. There, they settled in Grand Rapids, Michigan.

The Sex Education alum has been married and divorced twice. She married her first husband, Clyde Klotz, on New Year's Day 1994. Klotz was an assistant director for X-Files.

The couple tied the knot in Hawaii in a Buddhist ceremony. On September 25, 1994, they welcomed their first daughter, Piper Maru. Three years after their marriage, Anderson and Klotz divorced in 1997.

After the divorce, Anderson started dating a documentary filmmaker, Julian Ozanne. They married on December 29, 2004, on Lamu Island in Kenya.

The pair, however, couldn't remain together for more than two years, and Anderson announced their separation on April 21, 2006.

As of 2020, actress Anderson is dating screenwriter and dramatist Peter Morgan. The couple reportedly started dating in 2016. Earlier that year, Peter had split from his Austrian wife, Lila Schwarzenberg. The ex-couple has five children together.

2. She was Classmate with Nina Siemaszko

After high school, Anderson joined the Goodman Theater School of Drama at DePaul University in Chicago, Illinois, and graduated with a degree in Fine Arts. At the university, actress Nina Siemaszko was one of her classmates.

The Sex Education star loves to ink tattoos frequently. The 51-year-old actress has inscribed a couple of tattoos in her body. As per an online source, Anderson has at least three tattoos they are: