Home seven-facts From Abortion to Breast Implant, Everything About Sharon Osbourne in Seven Facts

From Abortion to Breast Implant, Everything About Sharon Osbourne in Seven Facts 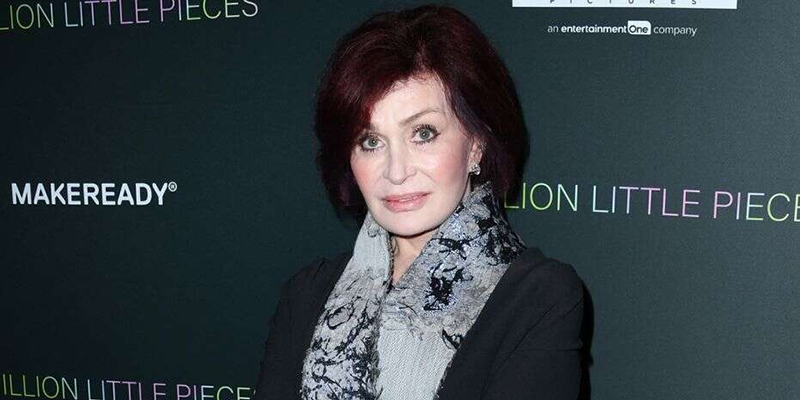 English television personality, businesswoman and author Sharon Osbourne is famously known as the wife of English singer Ozzy Osbourne. She rose to prominence after appearing on a television reality show titled The Osbournes, which showed her family's lifestyle. Later on, she grabbed the media limelight after she became a judge on the television shows such as The X Factor and America's Got Talent.

The 67-year-old English star has years of experience being in the limelight. And we have a lot of things to tell about her. Read seven facts about her:

7. Sharon Osbourne Had an Abortion At 17

Sharon Osbourne once said she had made the biggest mistake of her life at the age of 17. She said she lost her virginity at 17 and found out two months later that she was pregnant. Scared Osbourne went to her mother for a suggestion and she said: "You have to get rid of it."

She told me where the clinic was, then virtually pushed me off. She was so angry. She said I'd got myself in this mess, now she had to get me out.

She eventually had an abortion, which she considers the worst thing she has ever done.

6. She Had Her Breast Implants Removed After Finding It Was Leaking

Television personality Sharon Osbourne talked about her breast implant removal after her comeback to The Talk in 2011. The 67-year-old TV star and music manager said she had urgent surgery to get the implants removed after she found they were leaking.

She said on the show that she went to the surgeon after finding her breast lopsided. In her words:

One morning, I woke up and one of my boobies was kind of much longer than the other. So I'm like looking thinking 'this isn't right.

Her surgeon told her there was leaking in one of the breasts. After the surgery, Osbourne said she didn't "feel like I have a waterbed laying on my chest anymore."

5. She Was Ranked The 25th Richest Woman in Britain

Besides the immense fame, she has gathered from her career, Sharon Osbourne has also amassed a handsome sum of money. Not only that, but Osbourne is also among the richest British women. She was ranked 25th on the 2009 Sunday Times Rich List.

In 2020, Sharon Osbourne has an estimated net worth of $220 million. Her income sources include her career as a music manager, promoter, television host, reality star, reality show judge and more. As per some online sources, Osbourne's salary is reported to be around $1 million.

On the other hand, Sharon's husband, Ozzy Osbourne also has an estimated net worth of $220 million in 2020.

4. Sharon and Her Husband Ozzy Osbourne Used To Have Nasty Fights

Being a daughter of a well-known music manager, Don Arden, Sharon Osbourne started working at an early age. While working for her father, she met her future husband, Ozzy Osbourne at the age of 18. Sharon and Ozzy started dating after the latter was fired from the English rock band, Black Sabbath in 1979. After that Sharon took over his management as a solo artist.

After a couple of years of courtship, the pair got married on 4th July 1982. Osbourne was addicted to alcohol and drugs and Sharon also joined him after their marriage, which brought a series of troubles in their married life. The husband-and-wife used to engage in several physical fights. At one incident, Ozzy broke Sharon's front teeth while in another incident, Sharon retaliated a full bottle of scotch at his head.

But, the most infamous incident occurred in August 1989, when the situation had so worsened that Ozzy was arrested for attempted murder. Ozzy, who had just returned from the Moscow Music Peace Festival, tried to choke Sharon in a haze of alcohol and drugs. Sharon didn't press any charges against her husband after the incident and Ozzy spent three months in the rehabilitation center.

Afterward, they regained strength in their relationship and started living as one of the power couples in the industry. The pair have three children; Aimee Osbourne, Kelly Osbourne, and Jack Osbourne together.

The couple lives in there Hancock Park home in Los Angeles which they purchased from film producer Oren Koules for approximately $12 million back in October 2015.

3. Her Husband Ozzy Osbourne Was Diagnosed with Parkinson's Disease

In February 2019, singer Ozzy Osbourne had a nasty fall at his home that led him to sustain injuries to his collarbone and had his spinal cord compressed. Not only that, the injuries to his nerves led the singer to acquire Parkinson's disease. But Ozzy and Sharon Osbourne didn't reveal the news until January 2020.

Parkinson's disease is a kind of severe nerve disease that affects the whole nervous system causing tremors in the limbs and stiffness of slowing of movement.

The couple, during their appearance on Good Morning America, told Osbourne was diagnosed with the disease shortly after his accident in 2019. Moreover, Sharon also revealed her husband would be heading to Switzerland in April 2020 for better treatment of his disease.

2. She Is a Cancer Survivor

Sharon Osbourne was diagnosed with colon cancer in the early 2000s. She later revealed her cancer had spread to her lymph nodes and it was much more severe than it was initially thought.

She later underwent surgery in July 2002 and survived the disease against a 33% survival prognosis.

Meanwhile, Ozzy Osbourne revealed he "fell apart" during his wife's treatment, while their son, Jack Osbourne tried to commit suicide due to the depression that stemmed from his mother's condition.

Sharon Osbourne famously underwent gastric band surgery to deal with her growing obesity. The surgery helped the television personality lose around 100 lbs. (45 kg). Later in 2006, she decided to have her gastric band removed. Back then, she confessed she keeps trying to "eat more and more" and due to this, she had put on another 15 lbs. that year.

Back in 2012, Osbourne told with her 60th birthday approaching, she didn't want to gain more weight and look obese. She said, "I want to be healthy and enjoy life."