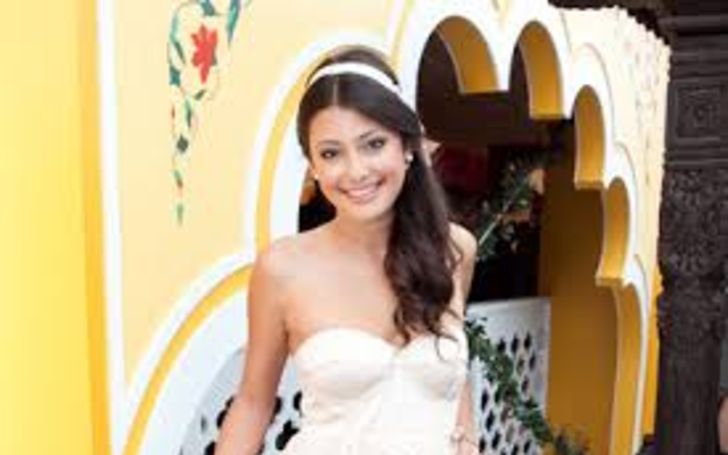 Sibylla Deen is an Australian actress best known for her portrayal of Nusrat Al Fayeed in the tv series Tyrant. Similarly, she had a recurring role in the TV series The Last Ship and played a main role in the miniseries Tut. She was honored with the IMTA Actor of the Year award for her contribution in the Australian film industry.

Born in 1982 in Sydney, New South Wales, Sibylla Deen shares the sun sign Scorpio. She was raised by her father Bobby Deen.

She is of half-Pakistani and half-English descent and holds Australian nationality belonging to mixed ethnicity. Regarding her education, she studied at Charles Sturt University and attended Bathurst Campus.

My daddy. Bobby Deen. I love you. #australianfathersday #13

From a young age, Sibylla Deen showed a keen interest in acting. From the age of 9, she started appearing in Australian TV commercials and modeling campaigns.

At the age of 12, she began her professional acting studies traveling to the United States, China, and New Zealand with the Australian Youth Theatre.

Sibylla Deen Relationship History: Is She Married or Single?

Looking at her recent Instagram posts and other online sources, Sibylla Deen is possibly single at present.

She is open about her personal life and has shared many pictures traveling to different places, on her Instagram account. But, when it comes to her relationship status, she has kept it private.

The 36-year-old actress lives a low key life leaving no hints regarding her relationship. Besides, she has maintained a good relationship with her family, friends, and co-workers.

Sibylla Deen’s Net Worth And Career

Talking about Deen’s net worth, well, it is estimated to be around $500 thousand. She earns a nice sum of money from her acting career as well as endorsements deals and sponsorship.

The average salary of an actress in Australia ranges around $50 per hour which is $103,302 annually. As she has just started her career and has done a few series, she would have at least earned $100 thousand a year.

In 2003, Deen made her official debut through the role of Amber McNeil in the Australian soap opera “Home and Away”.

Since her debut, she had a recurring role in the TV series like Tyrant and The Last Ship. She played the main role of Ankhesenamun in the 2015 miniseries, Tut. Similarly, she starred in the movie Lies We Tell in 2016.

For her contribution to the Australian Film industry, she was awarded the IMTA Actor of the Year Award in 2009, in New York. After getting the award, she was offered an opportunity to appear in a Bollywood movie.

In 2010, Sibylla was titled Forever New’s ambassador. In addition, she was featured in the Forever New Winter 2010 campaign. On the other hand, she appeared as a guest of Forever New at the 2010 L’Oreal Melbourne Fashion Festival (LMFF) in March.