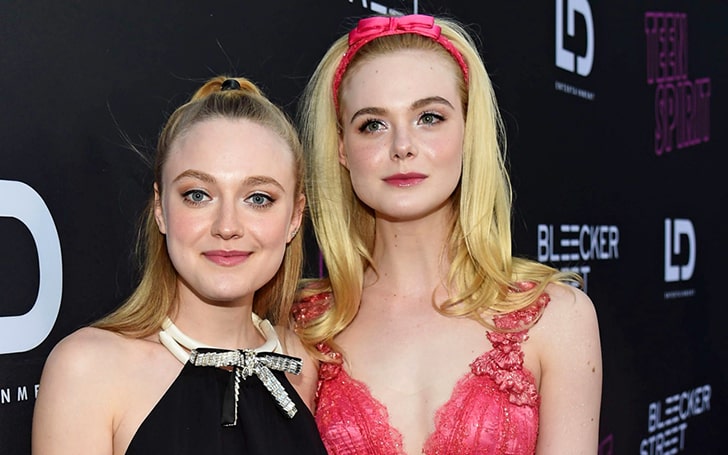 Sisters Dakota Fanning and Elle Fanning are set to work together for the first time in years. The Man on Firestar, 25, and her younger sister Elle will portray on-screen sisters in the adaptation of Kristin Hannah's best-selling novel The Nightingale.

The novel describes a tale of two sisters coming of age in France on the eve of World War II and their struggle to survive the German occupation of France. The novel was inspired by a story of a Belgian woman who helped Allied pilots escape Nazi territory.

The book was published in 2015, and it has been published in 45 languages and has sold over 3.5 million copies. The novel was named the #1 New York Times best-seller, in which it spent 114 weeks. Several other outlets, including BuzzFeed, iTunes, Library Journal, and The Wall Street Journal, also named The Nightingale, the best book of the year.

The sister-duo said about their upcoming project in a statement obtained by THR. The statement goes like this:

The Nightingale will be the first time we act on screen together. We have played the same character at different ages but have never spoken to each other in front of a camera. For years, we have looked for a film to do with one another and then this gem appeared.

As sisters, to share our artistry with each other while bringing such a powerful sister story to life is a dream come true. We are so lucky to have our fearless director, Melanie Laurent, to guide us along on the journey. Let's do this, sister!!!

Back in June 2019, Dakota talked about her relationship with her younger sister with Shape. There she said the sisters are different from each other and don't talk every single day. She continued as "but we don't have to. We just have that special bond."

Other Projects Dakota and Elle Fanning Worked Together In

Although sisters Dakota and Elle Fanning haven't shared a screen, they have portrayed a same character of different ages. In 2001, Elle Fanning, at 4, portrayed the character of her older sister Dakota's character Lucy Dawson in a miniseries Taken and later in the movie I Am Sam.

Two years later, the sisters worked as voice actors in the English version of Miyazaki's animated film My Neighbor Totoro. Elle voiced the character of Mei while her sister Dakota dubbed Satsuki, the older sister of Elle's character Mei.