home Biography What Is Slavica Ecclestone's Net Worth At Present? Here's Everything You Need To Know About This Beautiful Model

What Is Slavica Ecclestone's Net Worth At Present? Here's Everything You Need To Know About This Beautiful Model 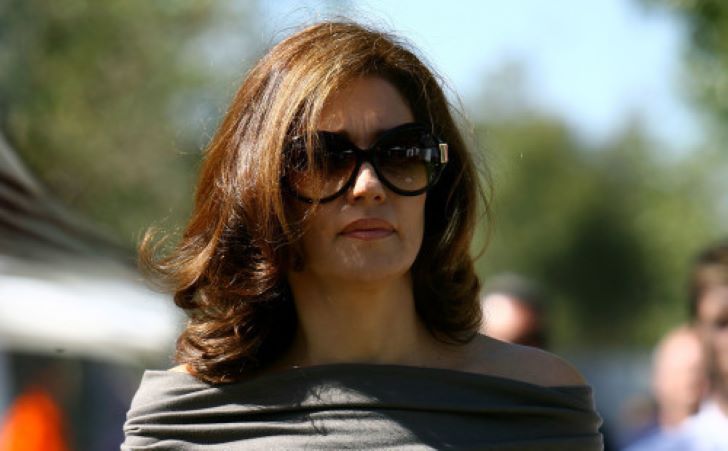 Body and Relation Status of What Is Slavica Ecclestone's Net Worth At Present? Here's Everything You Need To Know About This Beautiful Model

Slavica Radic Ecclestone is a Croatian model and the former wife of British billionaire and the owner of Formula One Bernie Ecclestone. Moreover, she is the former model of Armani which brought her limelight and opened the gateway to a luxurious life. After the divorce with Bernie, she became a billionaire with over a billion dollars.

The Croatian model was born on June 2, 1958, in Rijeka, PR Croatia, FPR Yugoslavia. She was born to father Jovo Radic and mother Ljubica Malic. Her parents migrated from Maglajani and Rijecani village, PR Bosnia-Herzegovina.

She belongs to Croatian nationality and white by ethnicity. Her birth sign is Gemini.

The family moved back to Maglajani searching for job opportunities after her birth. She grew up in Maglajani and raised by her mother after the parents divorced when she was seven.

The two first met at a promotional event while Slavica was pursuing her career. In the first look, Bernie fell in love with Slavica. Despite their mismatched in height and age, they finally got married.

After twenty-one years of marriage, Slavica filed a divorce in 2009 and has been separated ever since.

Slavica has several house in Croatia and England where she lives.

The Croatian model has accumulated an estimated net worth of nearly $1.2 billion. The primary source of her wealth is from the payment she got after the divorce which is £740 million. The case became the fourth most expensive divorces of all time.

Moreover, she also has her savings after working as a supermodel.

Slavica moved from Maglajani in pursuit of her career as a fashion model and eventually becoming one. She started her career as a model walking on the ramp and garnered the fame when her naked photographs by photographer Ivan Bali released.

Soon, she caught the attention of an Italian agent and photographer, Cedo Komljenovic and asked for her to be the model in the swimsuit campaign.

Her career as a supermodel started since then and eventually working in several international companies including Armani, Gucci and many more.

Who is Slavica Ecclestone?

Slavica Ecclestone is a Croatian model, best known as the wife of English billionaire Bernie Ecclestone.

How tall is Slavica Ecclestone?

Who are the daughters of Slavica Ecclestone?

How much is Slavica Ecclestone worth?