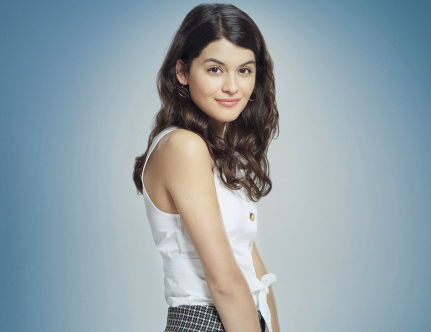 The bold and beautiful American actress, Sofia Black-D’Elia is famous for her roles as Tea Marvelli in Skins in 2011. The actress also gained wider recognition for playing Sage Spence in Gossip Girl in 2012, Jules Whitman in Betrayal, and Erin Calder in The Messengers. In addition to this, Sofia has played the character of Jessie in the 2015 film Project Almanac.

Sofia Black-D’Elia was born in Clifton, New Jersey, the United States of America to mother Eleanor and father Anthony V. D’Elia. She was born under Zodiac sign Capricorn in December 1991. She was raised in Christianity beliefs.

She is of American nationality and belongs to the mixed ethnicity. She attended a local school in her home town. Since her early age, Sofia learned the acting and took dance classes at Broadway Bound.

As per sources, Sofia is currently single and is not dating anyone. There is no information regarding her link-ups and break-ups. She has never mentioned anything about her boyfriend or being married.

Sofia Black-D’Elia’s Net Worth And Career

Since the age of five, Sofia started her acting career, but at the age of seventeen, she got her first significant role in the soap opera All My Children. In 2010, she appeared as Tea on the MTV adaptation of the hit British teen drama Skins.

Later, she appeared in the character of Sage Spence in the sixth and final season of Gossip Girl. In 2015, D’Elia was noticed in the time travel thriller Project Almanac and played as Jessie. In addition to that, Sofia has appeared on the HBO miniseries The Night Of and The Mick.