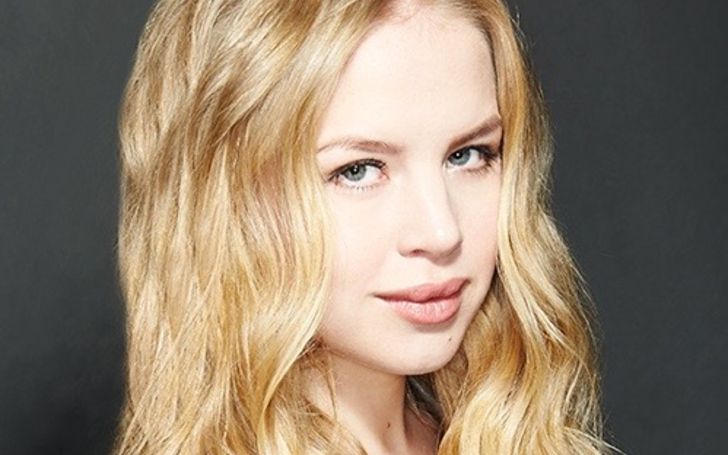 The Emmy award-winning American actress, Sofia Vassilieva is known for her role Eloise in ‘Eloise at the Plaza’ and ‘Eloise at Christmastime’. In addition, the actress is also recognized for her role an Ariel Dubois in the TV series ‘Medium’ and as a teenage cancer patient Kate Fitzgerald in the film ‘My Sister’s Keeper’.

Sofia Vassilieva was born as Sofia Vladimirovna Vassilieva on October 22, 1992, in Minneapolis, MN under the birth sign of Libra. She holds an American nationality and belongs to a Russian ethnic group.

Regarding her education, Vassilieva attended Barbizon Modeling and Acting School. Then, she joined the Royal Academy of Dramatic Art in London in 2013. Later, she graduated from Columbia College, Columbia University in B.A..Sc. in 2014.

The 26-years-old actress, Vassilieva is a married woman. She shared her wedding vows with Joe Manganiello. The couple started dating in July 2014 and eventually, they got engaged on Christmas Day.

In November 2015, They decided to tie the knot in Palm Beach, Florida. Furthermore, there is no information about their children at the moment. However, the couple is living together and enjoying their quality time with each other.

Sofia Vassilieva’s Net Worth and Career

The American actress who has a net worth of $2 million. She earns a massive fortune from her acting career. The main source of earnings is her movies and series. Besides that, she gains from ads, commercials, and endorsement deals as well.

Sofia Vassilieva was active in the film industry since her early childhood. She attended several modeling competitions in her childhood and she was also a contestant at the International Modeling and Talent Association in New York in 2000.

In 2001, the actress debuted from the role of Elena, the granddaughter of a retired Russian General on ‘The Agency’.  The same year, she portrayed the role of Cindy Brady in ‘The Brady Bunch in the White House’.

In 2010, Vassilieva won Young Artist Award in the category Best Performance in a Feature Film-Supporting Young Actress for ‘My Sister’s Keeper’.

She was nominated for Young Artist Award in the category Best Performance in a TV Movie, Miniseries or Special- Leading Young Actress for ‘Eloise at Christmastime’ in 2004.