home Biography Who Is Sophie Turner? Get To Know Everything About Her Age, Early Life, Career, Relationship, And Net Worth

Who Is Sophie Turner? Get To Know Everything About Her Age, Early Life, Career, Relationship, And Net Worth 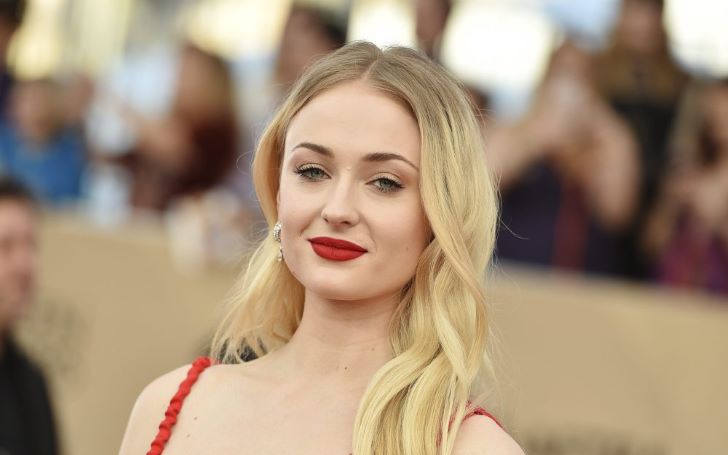 Body and Relation Status of Who Is Sophie Turner? Get To Know Everything About Her Age, Early Life, Career, Relationship, And Net Worth

Sophie Belinda Turner, also known as Sophie Turner, is a British actress, best known for the role of Sansa Stark on the popular HBO TV series Game of Thrones, which garnered her on the international platform. In addition, she also appeared in films such as The Thirteenth Tale, Another Me, Barely Lethal and X-Men franchise.

The British actress was born on February 21, 1996, in Northampton, England. She was born to father Andrew Turner, a worker of a pallet distribution company and mother Sally Turner, a nursery teacher.

As for siblings, she has two older brothers. Turner was raised along with her siblings near Leamington Spa in Edwardian house.

Turner belongs to English nationality and white by ethnicity. Her birth sign is Pisces. When she was 2, her parents along with the children moved to Chesterton where she joined Warwick Prep School until 11. After that, she attended The King’s High School for Girls.

The gorgeous actress had a keen interest in acting since childhood and was a member of the Playbox Theatre Company.

Sophie Turner Personal Life: Who is her husband?

Turner married Joe Jonas, an American singer, on May 1, 2019, at A Little White Wedding Chapel in Las Vegas, Nevada. The couple started dating in November 2016 and after eleven months got engaged. They repeated the wedding ceremony in the presence of family and friends in France on June 29, 2019.

Before the marriage, the actress was in an intimate relationship with The Vamps’ guitarist James McVey in 2014 however the relationship did not last long. There was also rumor of her dating American actor Thomas Mann in 2014 and Tye Sheridan in 2015, but not confirmed.

Talking about the net worth of Sophie, Joe cannot be isolated and together they have an estimated net worth over $30 million but on her own, she has around $6 million, as of July 2019. The main source of income of the pair is from acting and music.

The actress was paid $175,000 per episode of popular TV series Game of Thrones in 2017. Furthermore, her recent movie Dark Phoenix amassed the box office collection of $249.2 million.

Sophie started her acting career in Game of Thrones as Sansa Stark in July 2010, when she was only 14. She appeared in all the seasons of Game of Thrones.

The series starred Kit Harington, Peter Dinklage, Lena Headey, Emilia Clarke, and Maisie Williams, among others. She was nominated for Young Artist for Best Performance in a TV Series – Supporting Young Actress alongside co-star, Maisie Williams.

Due to her impressive performance in Game of Thrones, she got a film contract titled Another Me as a lead role in 2013. Furthermore, she also appeared in the TV film The Thirteenth Tale in the same year.

Moreover, Turner appeared as Jean Grey in popular Marvel franchise X-Men: Apocalypse in May 2016. She worked as a patron for Women for Women organization since March 2017. Likewise, she became the global brand ambassador of Wella Hair in June 2017.

The gorgeous actress played in several movies and her recent movie is Dark Phoenix which released in June 2019.

Who is Sophie Turner?

Sophie Turner is a British actor known as Sansa Stark of Game of Thrones and Jean Grey of X-Men: Apocalypse.

Who is Sophie Turner’s mother?

Who is Sophie Turner fiance?

Her fiance is Joe Jonas, an American singer, songwriter, and producer.

How much is Sophie Turner worth?