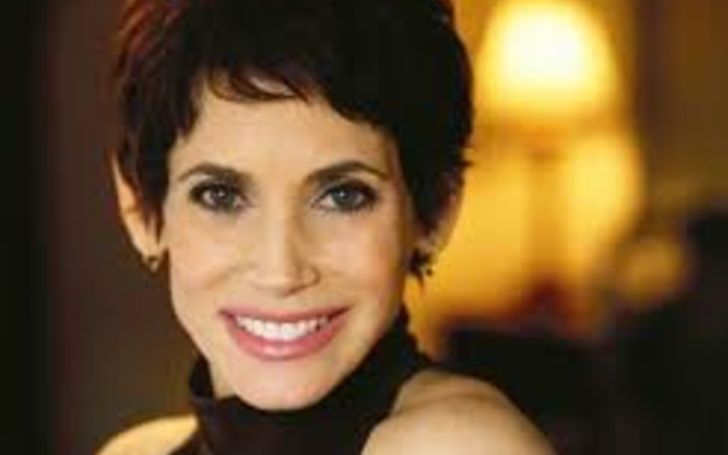 Stacey Nelkin is an American film and television actress. She is popularly known for her plays in the films Halloween III: Season of the Witch (1982), Bullets Over Broadway (1994) and Yellowbeard (1983). Besides, she appeared in the Soap Opera Generation, where she played Christy Russell.

Stacey Nelkin was born on September 10, 1959, in New York City, the United States under the birth sign of Virgo. She holds an American nationality and belongs to a white ethnic group.

Well, there are no further details regarding her parents and siblings. Talking about her education, Nelkin attended Stuyvesant High School. She might have joined University for her further education but has not mentioned about that.

The 59 years-old, Nelkin is married twice. Currently, she is living the blissful married life with her boyfriend turned husband, Marco Greenberg. Well, she is not involved in extramarital life or dating affairs. Till date, the couple is living happily together.

While talking about her past relationship, Nelkin married Barry Bostwick in 1987, but the marriage didn’t go well so they divorced in 1991.

Moreover, she was in a relationship with an American actor, writer, director, and comedian Woody Allen. They started dating when she was 17 years old and Allen was 42.

Stacey Nelkin’s Net Worth and Career

The actress has an estimated net worth of $600 thousand. She collected all of her fortunes from her acting career playing varied relationships and guest appearances in many shows.

Alongside her career as an actress, Stacey earns a hefty sum from her TV career. She generates around $50 thousand per year from her work in movies and $100 thousand hourly as a television actress.

Nelkin starred as Bonnie Sue Chisholm in four episodes of the CBS western miniseries The Chisholms in 1979. She was replaced by Delta Burke in the role of Bonnie Sue when the series resumed in 1980.

Additionally, she appeared in the horror movie Halloween III: Season of the Witch in 1982 as Ellie Grimbridge. Whereas she had done a screen test for the role of Pris in Blade Runner as well, but Daryl Hannah got the part instead

Moreover, she has made guest appearances in several TV series, including CHiPs, The A-Team, Eight Is Enough, 1st & Ten and Hunter.