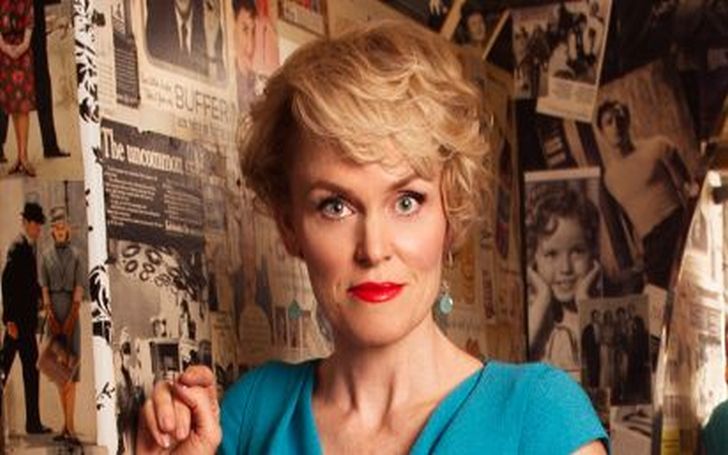 Stephnie Weir is an American actress, comedian and a very good writer. She is famous for her role in the television series MADtv. She has also written for sitcoms like Raising Hope and The Millers. Weir is married to Robert Dassie who is also an accomplished writer and actor.

Stephnie was born in Odessa, Texas, the U.S. on November 28, 1967. As per her nationality, she is an American by birth and belongs to the North American ethnic group.

Stephnie was born under the star sign of Sagittarius. Her mother is Sharon Weir but other information about her and her father is missing.

After completing school level education, Stephnie attended Odessa College and she got a major in theatre and broadcasting. Her thirst for further education led her to the Southern Illinois University Edwardsville. And in that University, she majored in Women’s Studies and Anthropology.

Stephnie Weir is married to Robert Dassie since 2001. Robert is an accomplished actor and writer. He is known for his work such as Eleven Year Itch, Mr. Pickles, and Grounds Zero. The courtship of their love is not out. The couple is living a happily married life without any major issues that could ruin their happily married life. They do not have any children.

Stephnie’s marriage to Robert is her second marriage. She was previously married to Sean Benjamin in 1989. Their married life was going on smoothly for nearly six years. But due to some conflict in their relationship, the couple decided to split and they divorced in 1995.

Stephnie Weir’s Net Worth And Career

Stephnie Weir’s net worth as of 2019 is not yet revealed. But as per different estimations, her net worth is estimated to be nearly $2 million. She summoned such a good amount of net worth from her profession as an actress, comedian, and a good writer.

She receives a decent amount of income per annum from her various undertakings. Her income on average amounts to $75,000 which is a very good amount of money.

Stephnie at the beginning of her career performed at ImprovOlympic and The Second City‘s theatre. Later, she formed a comedy duo with her husband Robert Dassie name WeirDass.

She has worked in movies like Red Lodge, Fist Fight, Room for Rent, Wild Honey, and Standby. She also created a comedy series for ABC network titled Counter Culture.

Furthermore, her recent television series are I Love Dick, The Guest Book, Grace and Frankie, High and Tight, and Happy Together.