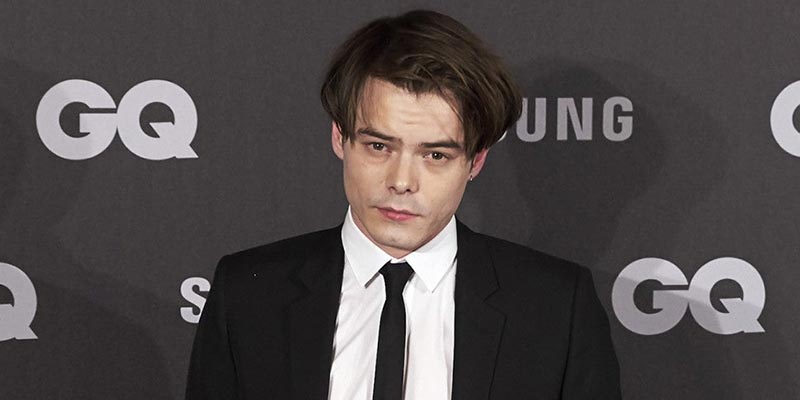 English actor and musician Charlie Heaton started his acting career from a role in a short film named "Life Need Courage" and rose to prominence from his role of Gary McCready in the ITV crime drama series DCI Banks.

In 2016, Heaton gained wider recognition after appearing in the thriller film Shut In, in which he worked alongside the likes of Naomi Watts and Oliver Platt.

Here, you can find seven lesser-known facts about actor Charlie Heaton. Read till the end.

7. He Spent His Childhood in Bridlington

Charlie Heaton was born on 6 February 1994 in Leeds, West Yorkshire, England. Heaton spent the majority of his childhood days in a council estate in Bridlington. Heaton lived there until he was 16 and then moved to London to pursue his keen interest in acting.

6. He was a Drummer for London Noise-Rock Band "Comanechi" For a Year

Charlie Heaton joined the London based noise-rock band, Comanechi as a drummer soon after he moved to the city. Heaton toured with the band for more than a year before he joined a London-based psychedelic band, Half Loon.

Actor Charlie Heaton was detained at Los Angeles International Airport in October 2017 when he was found in possession of cocaine. At the time, law enforcement officials told The Hollywood Reporters that they found traces of cocaine on the Stranger Things star and that the actor also admitted to consuming drugs.

Due to this reason, Heaton missed the premiere of the second season of the Netflix series in Westwood.

4. In a Relationship with Actress Natalia Dyer

Heaton and Dyer, who met on the set of the series, started dating shortly after their first meeting. The lovebirds made their red carpet debut in December 2017 at a Fashion Awards in London.

Heaton's portrayal of Jonathan Byers in the hit Netflix series has earned him a few award nominations alongside the fame and riches he has made from it.

In 2017, his role in the first season of the series won him the Screen Actors Guild Awards for Outstanding Performance by an Ensemble in a Drama Series. He also earned a nomination for the Gold Derby Awards in the Best Ensemble of the Year category.

Similarly, for the second season, he earned two nominations; at SAG Awards for Outstanding Performance by an Ensemble in a Drama Series and at Teen Choice Awards for Choice Scene Stealer.

Even though Heaton has always been secretive about his earnings and net worth, it has been reported that the 26-year-old was paid $150k per episode for his role in the third season of Stranger Things.

1. Heaton Has a Son with His Ex-Girlfriend

Charlie Heaton has a son with his ex-girlfriend, Akiko Matsuura. However, he kept the details about his relationship and son secret for years before it gained media attention in mid-2017.

The Stranger Things star's son is named Archie Heaton and aged six. As per The Sun, the pair gave birth to the child in May 2014 while both of them were associated with the rock band Comanechi.