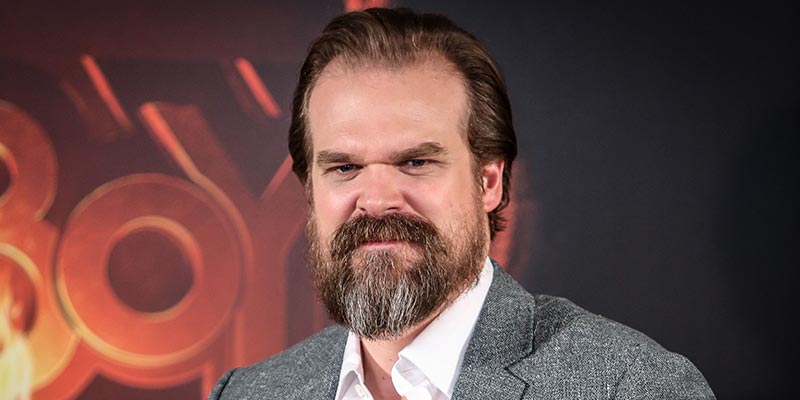 In today's episode, we are presenting seven lesser-known facts about Harbour.

Actor David Harbour was born as David Kenneth Harbour in New York, the United States of America, on 10 April 1975. His parents, Kenneth Harbour and Nancy Harbour (nee Riley), are both real es*ate workers.

6. He was School Mate of Actors Sean Mather and Eyal Podell

5. Harbour Started His Career from Theater

David Harbour started his acting career, in his mid-20s. His first acting role came on a Broadway production of The Rainmaker in 1999. He made his television debut the same year, with his appearance as a child murderer in an episode of Law & Order: Special Victims Unit.

Harbour made his way to the stardom from his portrayal of the recurring character of MI6 Agent Roger Anderson in ABC series Pan Am.

Actor David Harbour previously dated actress Maria Thayer. The pair were even engaged before they parted their ways.

Thayer is popularly known for her role in the television series Strangers with Candy, Eagleheart, and Comedy Bang! Bang!

Harbour is currently dating a British singer Lily Allen. The couple started dating in mid-2019. They sparked their romance rumor after the British singer was seen with him while he was filming Black Widow in London in August 2019.

They fueled the rumor in early October when they were snapped kissing during the match between New York Knicks and New Orleans Pelicans at Madison Square Garden.

Later the same month, David brought Lily to the SNL after-party as his date.

2. Lost Emmy Award for the Supporting Actor to Peter Dinklage

David Harbour's role in the Netflix series Stranger Things earned him a nomination for the Primetime Emmy Award for Outstanding Supporting Actor in a Drama Series in 2017 and 2018.

Stranger Things is one of the most successful series starring Winona Ryder, Noah Schnapp, and many other talented actors.

1. He was Diagnosed with Bipolar Disorder