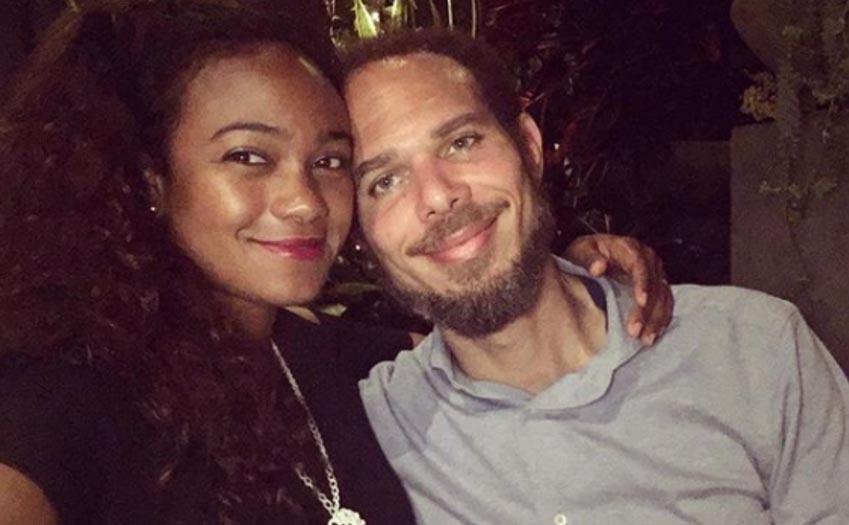 Vaughn Rasberry is an associate profession of English famously known as the husband of actress and singer Tatyana Marisol Ali. Rasberry studies African-American literature, the European Enlightenment and its critics, and philosophical theories of modernity.

Vaughn Rasberry came to the limelight after he became married to his wife and The Fresh Prince of Bel-Air starlet Tatyana Ali. The couple is living a happy married life, and they are blessed with a child. Scroll down in this article to know in detail about the husband of singer, Tatyana. We will try to disclose all the possible facts of his personal (married, children, age, education, early life) as well professional life (career, net worth, salary).

Vaughn Rasberry who is an associate professor of English at the Stanford University is famous for his profession as well as being the husband of Tatyana Ali. Despite being a famous icon, Rasberry’s private life is still far from the media radar. He has kept his details like his birthdate, his early childhood, passion, hobbies secret from the media.

An Associate Professor, Vaughn Rasberry is a man with average height and slender and thin body. However, we are unknown about his exact body measurements.

Vaughn Rasberry is an associate professor of English literature at the Stanford University. Also, he is also an author. He is a researcher who has been studying the African American literature, postcolonial theory, global Cold War culture, the European Enlightenment and its critics and philosophical theories of modernity.

Rasberry taught in the American Studies department at the Humboldt University, Berlin, Germany in 2008 and also lectured on African-American literature throughout Germany.

Rasberry is currently working on a book project, Race and the Totalitarian raises questions over the postwar liberalism. His article ‘Now Describing You’: James Baldwin and Cold War Liberalism appeared in the edited volume James Baldwin: America and Beyond in the University of Michigan Press in 2011.

Furthermore, his essay Black Cultural Politics at the End of History appeared in the winter issue of American Literary History in 2012. He has also written a few more articles like Invoking Totalitarianism: Liberal Democracy versus Global Jihad in Boualem Sansal’s The German Mujahid, and The Shape of African American Geopolitics.

As an associate professor, Vaughn Rasberry received the Annenberg Faculty Fellowship from the Stanford University where he remained from 2013-2015. He is a receiver a Fulbright Junio Lecturer Award, Guest Lecturer Award from Tokyo International University and the like.

Vaughn Rasberry married to singer Tatyana Ali since 2016. The couple tied the knot on 17th July 2016, in Beverly Hills, California. Actress Ali announced in March 2016, that she and her long-time boyfriend Rasberry was engaged where she also revealed that the couple met for the first time at eHarmony.

In the announcement, she also announced that the couple was expecting their first child. The adorable husband-and-wife couple is blessed with a child, a son, Edward Rasberry who was born in September 2016.

All in all, the family of three is living happily with no rumors of a separation. Hope they will be able to maintain the same faith forever.

Vaughn Rasberry Net Worth and Salary

Vaughn Rasberry has been an associate professor of English at Stanford University. He earns a reasonable salary for his association with the university. However, Rasberry’s exact net worth is under review at present.

Vaughn’s wife Tatyana Ali is an established actress who earns around $1 million every year. While her net worth is approximately $6 million as of 2018.

According to Paysa.com, an Associate Professor at Stanford University gets an average of $137,771 salary annually which also varies from $116,550 to $155,572, so we can say Rasberry also receives the wages in the range.