home Biography How Much is Veteran Actor, Ted Danson Worth At Present? Here's All You Need About Him

How Much is Veteran Actor, Ted Danson Worth At Present? Here's All You Need About Him 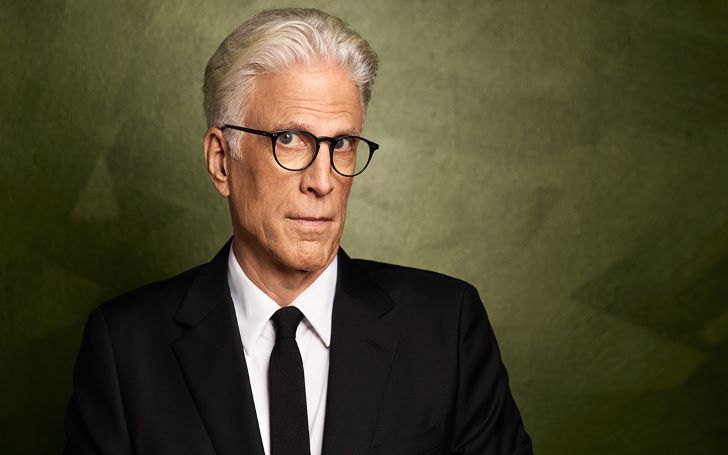 Body and Relation Status of How Much is Veteran Actor, Ted Danson Worth At Present? Here's All You Need About Him

Edward Bridge Danson III, also professionally known as Ted Danson is an American actor and producer, best known for his role in sitcoms and movies including Cheers, Three Men and a Baby, Three Men and a Little Lady, and Becker. In addition, he is the winner of multiple awards such as Screen Actors Guild Award, American Comedy Award and received a star on Hollywood’s Walk of Fame.

The American actor was born on December 29, 1947, in San Diego, California, United States. He was born to father Edward Bridge Danson Jr., an archaeologist and former director of the Museum of North Arizona and mother Jessica MacMaster. As for siblings, he has an elder sister Jan Ann Haury.

He belongs to American nationality and white by ethnicity. He is the descendant of English and Scottish ancestry. His birth sign is Capricorn.

As for academic qualification, Ted attended Kent School in Connecticut. After completion in high school, he enrolled at Stanford University where he was interested in drama. Later, he received a degree in Bachelor of Fine Arts from Carnegie Mellon University in Pittsburgh in 1972.

Ted Danson’s Personal Life: Who is his spouse?

Ted married an American actress and singer Mary Steenburgen on October 7, 1995. The couple first met on the set of the film Pontiac Moon in 1993. The couple started dating before a year of marriage since February 1994.

The pair are living together for almost twenty fours after the wedding, being satisfied in marital life.

The American actor previously married wife Randall Gosh, an american actress, in 1970. However, the relationship did not last long and divorced after five years of marriage in 1975. He then married producer Cassandra Coates in 1977. They are the parents of two children Kate and Alexis where latter was adopted.

The relationship between started breaking apart when the news of Danson having affair with actress Whoopi Goldberg was flashed. They divorced in 1993 after 16 years of marriage becoming one of the expensive divorces with Danson paying $30 million to Cassandra.

Ted met Goldberg in late 1988 on The Arsenio Hall Show. They co-hosted a video about the environment, Help Save Planet Earth in 1990 and started their romance after two years.

The news about pair pairing romantically became the highlight in April 1992. The actor faced negative comments from the media and ended their relationship in November 1993.

The American actor has an estimated net worth of $80 million as of July 2019. The main source of his earnings is from acting in TV series and films. With 44 years of professional career, Ted has appeared in several films and TV series being several hits.

Recently, he is playing in the NBC sitcom The Good Place and has the earnings of $225,000 per episode on the show.

Ted made his on-screen debut from the daytime soap opera Somerset which used to broadcast on NBC. He appeared as Tom Conway in the show from 1975 to 1976. Following then he starred in the soap opera The Doctors where he played the role of Dr. Mitchell Pearson since 1977 for five years.

The American actor made a huge breakthrough with the sitcom Cheers as Sam Malone in 1982. The show was so successful that TV Guide titled Cheers the 18th Greatest Show of All Time in 2002. The show concluded in 1993.

Who is Ted Danson?

Ted Danson is an American actor and producer, best known for the role of Sam Malone in the sitcom Cheers.

How old is Ted Danson?

How tall is Ted Danson?

How much is Ted Danson worth?