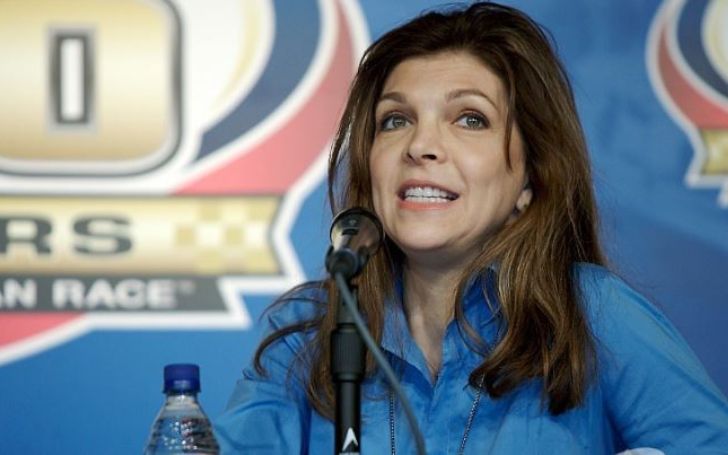 Teresa Earnhardt is a businesswoman who is Chief Executive officer and the president of Dale Earnhardt Inc. Her company is one of the most successful enterprises in NASCAR. In the year 2002, she was selected as one of the six Mothers of the Year by the National Mother’s Day Committee. Besides that, she is also, known as the third wife and widow of NASCAR Driver, Dale Earnhardt. Grab more regarding Teresa Earnhardt’s Age, Height, Dating, Married, Remarried, Net Worth, and House in details.

Teresa Earnhardt was born to Hal Houston on October 29, 1958, in Hickory, North Carolina, U.S.A. She has a Scorpio birth sing which describes her personality to be secretive nature. Her date of birth makes her 60 years of age as per 2018. Moreover, she was born in the white ethical community and has an American nationality.

As per her education, Earnhardt is the graduate of Bunker Hill High School and has a degree in commercial art and interior design.

Teresa Earnhardt is currently living as the widow of Dale Earnhardt, NASCAR driver. She met her late husband, Dale in the late 1970s and married on November 14, 1982. Unfortunately, Teresa’s marital relationship took a sad ending on February 18, 2001, as her husband died.

Teresa Earnhardt’s Career and Net Worth

Teresa was engaged in the NASCAR career after she met her husband Dale Earnhardt. With her husband, she launched Dale Earnhardt Inc. and after the death of her husband, Teresa became the president and Chief Executive Officer of the company. In 2008, Teresa merged the company with Felix Sabates and formed Earnhardt Ganassi Racing. In the year 2010, Teresa and the team won the Daytona 500 with Jamie McMurray.