The Outsider Cast Ben Mendelsohn Relationship With Father, Marriage, & Net Worth: Seven Facts About Him 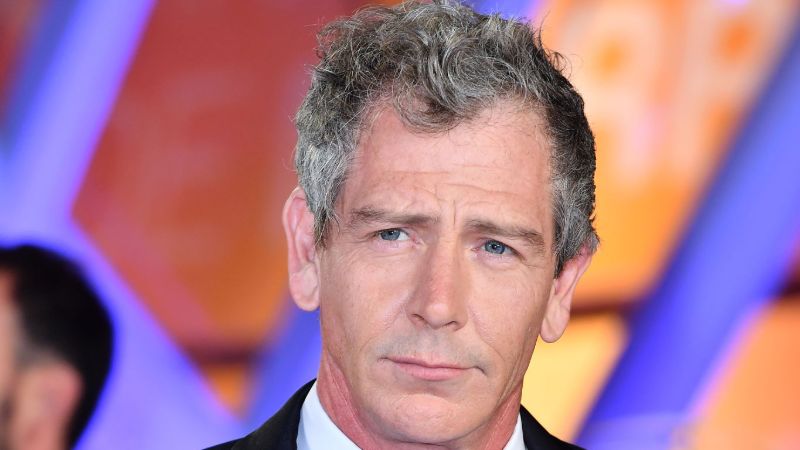 The Australian actor Ben Mendelsohn has been active in the entertainment industry for almost 36 years now. He has appeared in well-known movies like The Dark Knight Rises, Darkest Hour, Captain Marvel, to name a few.

Here we will learn seven exciting facts of the actor surrounding his career, marriage, & net worth.

7. His Father has Received a Emeritus Status

His father is a Emeritus Professor at the Florey Neuroscience Institute located at the University of Melbourne. Mendelsohn is considered as the prominent researcher who led the Howard Florey Institute of Experimental Physiology and Medicine from 1997 to 2007.

Moreover, he has also served as the chairman of the Angiotensin Gordon Conference in the USA and as the president of the Australian Neuroscience Society.

Ben has two older brothers, Tom Mendelsohn and David Mendelsohn. He lived with his brothers and mother in Europe and the US before finally moving to Melbourne, his birthplace.

6. Has a Jewish Ancestry

Mendelsohn appeared in the Australian series Who Do You Think You Are? on October 11, 2009. In the show, Ben learned that his paternal grandfather, Oscar Mendelsohn, came from a Jewish family.

Moreover, he also found out that his mother's family had been convicted of crimes in the past.

The 50-years old actor's ancestors were among the first Prussian Jews that were naturalized in Poland. Mendelsohn descended from English, Irish, Scottish, Greek, and German ancestry.

5. Has Appeared in Florence + Machine Song

In 2012, the 50-years old actor appeared in the music video of English indie-rock band Florence and the Machine. The song titled Lover to Lover featured Ben as a love interest of the lead singer Florence Welch.

In addition to this, the 50-years old also had a brief appearance in the comedy-drama series Girls as the father of Jessa Johansson, played by Jemima Kirke.

The 50-years old has earned various accolades in his 36 years of career. He first won the AACTA award for his performance in The Year My Voice Broke Back in 1987.

Seven years later, Mendelsohn won a Film Critics award for film Metal Skin. After winning Camerio Award for the movie Amy, he went to win AACTA yet again, but this time in the category for best actor in lead role for the Animal Kingdom. He won two more awards for the movie: Inside Film Award and Film Critics Award.

In 2013, the actor received the BIFA award for playing as Neville Love in Starred Up. The 50-years old recently won Emmy award and Satellite award as a supporting actor for the television series Bloodline. Moreover, he also received a Golden Globe nomination for his performance in the series.

3. Is Married to Emma Forrest

Ben Mendelsohn married British-American writer and director Emma Forrest in June 2012. The pair had exchanged vows at the Chateau Marmont, a place linked to Hollywood's most fascinating tales.

The couple who share a daughter, Carolina Mendelsohn, born in 2014, divorced in 2016. Emma has been diagnosed with bipolar disorder and borderline personality disorder.

2. Net Worth of Ben Mendelsohn

The 50-years old started acting since the age of 16. His first role in the movie The Still Point did not earn him much recognition. However, the second movie, The Year My Voice Broke, made him national recognition.

Since then, he went to work in dozens of films and television series. He has enjoyed the success of his flourishing career as a teen star in Australia.

Mendelsohn received global recognition with his performance in blockbuster movies as The Dark Knight Rises, Captain Marvel, and Spider-Man: Far From Home.

He has also appeared in series like Neighbours, The Secret Life of Us, Love My Way, and many more. All of this has helped him amass the net worth of $9 million.

Moreover, he has also lent his voice in animated series Infinity Train and video game Squadron 42.

1. Is Producer of Stephen King's Novel Based Mini-Series

The 50-years old actor is the lead cast of the limited series shows The Outsider based on Stephen King's novel of the same name. Despite having the trademark character that is often borderline sociopathic, he appears as a police detective in the series.