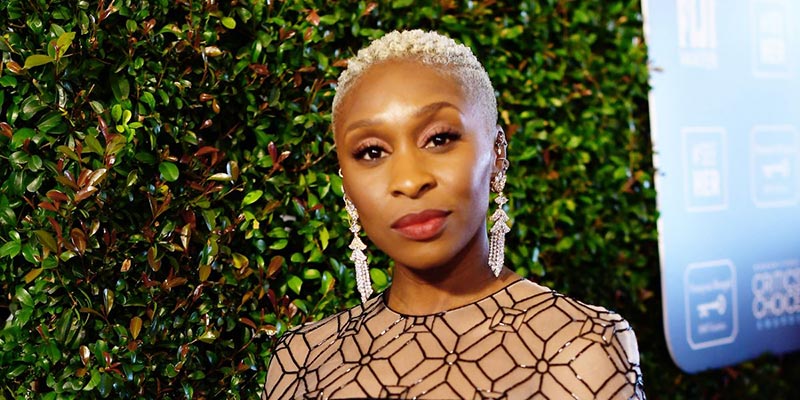 English actress, singer, and songwriter Cynthia Erivo won Tony Award for Best Actress in a Musical for her performance as Celie in the Broadway revival of The Color Purple. Erivo is also popular for her roles in television series Broad City, The Boss Baby: Back in Business, and The Outsider.

Here are seven facts about the 33-year-old English actress. Don't miss it.

Actress Cynthia Erivo started her acting career from stage works. Her first stage work came in 2010 when she worked in Marine Parade at the Brighton Festival.

Then she worked in a musical by John Adams, and June Jordan titled I Was Looking at the Ceiling, and Then I Saw the Sky at the Theatre Royal Stratford East.

Erivo portrayed the titular character in the 2019 American biographical film Harriet. The film was based on the life of abolitionist Harriet Tubman. The Kasi Lemmons-directed film additionally starred Joe Alwyn, Janelle Monae, and Leslie Odom Jr.

Erivo's role in the movie earned her the first-ever Oscar nomination followed by the nominations at the Golden Globe Award and a Screen Actors Guild Award.

5. The Color Purple Is the Greatest Work of Her Career

The Outsider starlet has worked in a couple of award-winning projects in her short acting career. Among them, The Color Purple happens to be the greatest work of her career. She was cast as Celie Harris in the Menier Chocolate Factory production of The Color Purple n 2013.

In 2015, Erivo made her Broadway debut in the Broadway revival of The Color Purple, in which she reprised her role as Celie Harris. The role eventually won her the best actress award at Tony Awards in 2016. She also bagged few more awards from the play, including the Drama Desk Award for Outstanding Actress in a Musical and Grammy Award for Best Musical Theater Album.

4. She is a Millionaire

Cynthia Erivo has earned more than a million-dollar within a decade of her acting career. As of 2020, Erivo has a handsome net worth of $3 million.

3. She is the Shortest "The Outsider" Star

Cynthia Erivo was born as Cynthia Onyedinmanasu Chinasaokwu Erivo on 8 January 1987 in Stockwell, London, to Nigerian parents. Her mother is a nurse.

Erivo completed her schooling from La Retraite Roman Catholic Girls' School. Following that, she studied psychology degree at the University of East London, however, she dropped out just a year later and started learning acting at the Royal Academy of Dramatic Art.