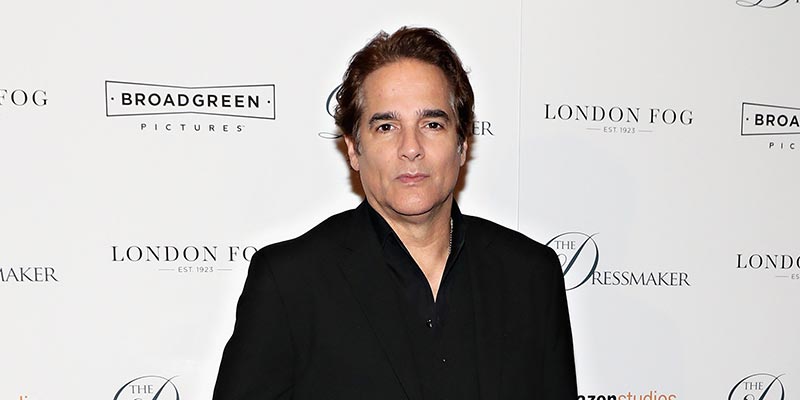 Cuban-American actor Yul Vazquez is famous for his roles in films like Runaway Bride, Bad Boys II, War of the Worlds, Captain Phillips, and Midnight, Texas, among others. He is also known for his appearances in a number of television series such as The Untouchables, Courage the Cowardly Dog, magic City, and The Lottery.

The Outsider star Yul Vazquez started his acting career in 1992, with the role of Flaco in a French-American musical drama film The Mambo Kings.

The same year, Vazquez made his television debut from the role of Danny Darwin in an episode "On a Deadman's Chest" in the American horror anthology television series Tales from the Crypt.

So far, he is most recognized for The Outsider, also starring Ben Mendelsohn, Bill Camp, Jason Bateman, and a few others.

Yul Vazquez is an uncle of American actress Vanessa Aspillaga. The Miami, Florida-born actress is notable for her roles in Morning Glory, Hustlers, and Love & Other Drugs.

5. He was the Lead Guitarist for Rock Bands

Before Vazquez pursued an acting career, he used to be a lead guitarist for rock bands Urgent and Diving For Pearls. The former was formed in 1984 and remained active until 1987.

Diving For Pearls was formed in 1984, and it ran until 1990. The band was resurrected in 2002 and continued its second run until 2006 before it was disbanded permanently.

3. He is Married to Actress Linda Larkin

Guitarist turned actor Yul Vazquez is married to actress Linda Larkin since May 18, 2002. Larkin is famously known for voicing Princess Jasmine in American animated series Aladdin. She worked for 86 episodes of the series.

The husband and wife of more than 17 years don't have any children together.

Yul Vazquez played Tigrillo/Obregon Assassin in the American crime drama film Traffic in 2000. He along with the entire Traffic cast, won the Screen Actors Guild Award for Best Ensemble Cast in a Motion Picture.

1. What is Yul Vazquez's Net Worth

According to some reputed online sources, The Outsider star Yul Vazquez has an estimated net worth of $1 million.