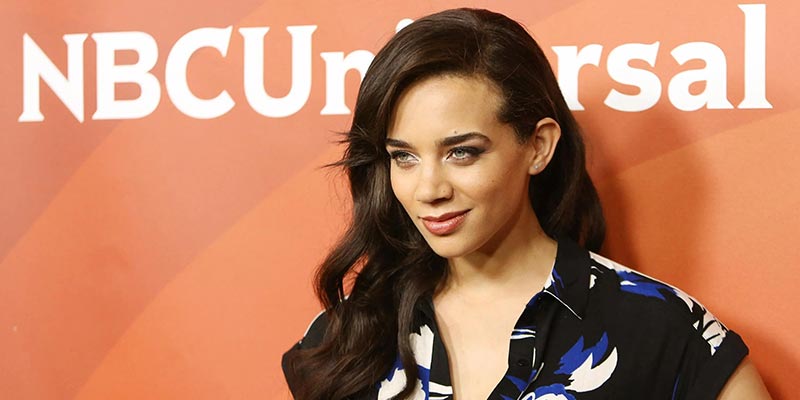 British actress Hannah John-Kamen rose to fame after she portrayed Dutch in the Syfy television series Killjoys. John-Kamen is also notable for her role as Ornela in the HBO series Game of Thrones, F'Nale Zandor in Ready Player One, and Ghost in Marvel's Ant-Man and the Wasp.

Most recently, John-Kamen was cast in the title role in the Netflix series The Stranger. Additionally, the series stars Richard Armitage, Dervla Kirwan, Downtown Abbey, Siobhan Finnerman, Kadiff Kirwan, Jennifer Saunders, and Shaun Dooley. It premiered on Netflix on January 30, 2020.

7. She is the Youngest of Three Siblings

Hannah John-Kamen was born in Kingston upon Hull, England, on 7 September 1989. She is the youngest of three children of a Nigerian forensic psychologist father and a Norwegian former fashion model mother. She has one brother and one sister.

6. Studied Acting at Central School of Speech and Drama

John-Kamen obtained primary education in Kirk Ella. She studied at Hull Collegiate School for her secondary education. The actress trained acting at the National Youth Theatre in London. She later joined the Central School of Speech and Drama and graduated from there in 2012.

5. Started Career as a Voice Actor

Hannah John-Kamen started her career as a voice actor in 2011. At the time, she voiced Lord's Blade Ciaran for the video game Dark Soul. She made her debut on television the same year, appearing in an episode of TV series Misfits.

Later, she went on to make episode appearances in the television series like The Midnight Beast, The Hour, White Chapel, and Black Mirror.

4. Made Her Film Debut from "Stat Wars"

Around four years after she made her television debut, actress Hannah John-Kamen made her first film appearance in Star Wars: The Force Awakens in 2015. She played a small role of a First Order Officer #1.

In 2018, she worked in three movies, Tomb Raider as Sophie, Ready Player One as F'Nale Zandor, and Ant-Man and the Wasp as Ava Starr / Ghost.

3. She Performs Stunts Herself

While lots of actors prefer applying body double for stunts, Hannah John-Kamen falls among those stars who do their stunts themselves. She says she feels happy pushing her abilities to their limit.

Actress Hannah-John Kamen is still in the starting phase of her acting career. Having worked in a couple of films and around a dozen television series.

From her acting, John-Kamen has collected a handsome sum of fortune. As of 2020, John-Kamen's net worth is estimated to be around $3 million.

The 30-year-old The Stranger actress has always been secretive about her relationship stuff. John-Kamen, however, is believed to be dating a guy named Brett Watterton.

The actress had previously hinted about her love interest in a since-deleted Instagram post, sharing a picture of her and her alleged boyfriend sharing a smooch.