Home seven-facts "The Stranger" Actress Jennifer Saunders: Seven Facts You Might Be Unaware Of

"The Stranger" Actress Jennifer Saunders: Seven Facts You Might Be Unaware Of 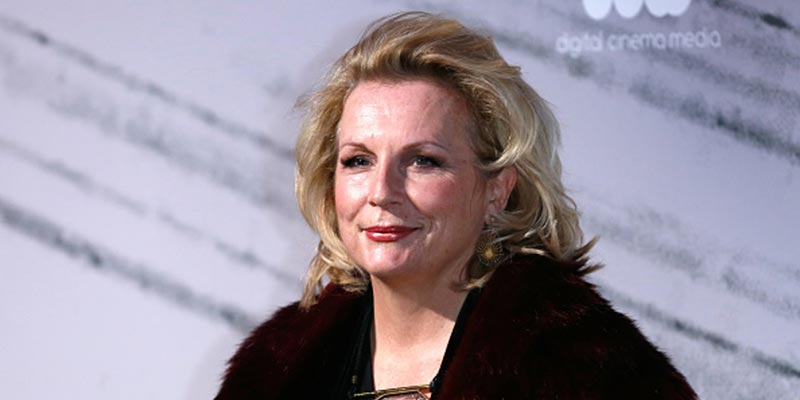 English actress, comedian, singer, and screenwriter, Jennifer Saunders has won three BAFTAs, two Writers' Guild of Great Britain Awards, and one People's Choice Award. Saunders found her way to the career after she became a member of "The Comic Strip."

Meanwhile, Saunders famously voiced Queen Elizabeth II in the animated comedy film Minions in 2015. In 2020, she appeared as Heidi in the Netflix mini-series The Stranger, in which she worked alongside Richard Armitage, Shaun Dooley, Siobhan Finneran, Downtown Abbey, Dervla Kirwan, Kadiff Kirwan, and Hannah John-Kamen.

To know more about the actress, go through the article until the end.

Jennifer Saunders was born as Jennifer Jane Saunders on July 6, 1958, in Sleaford, Lincolnshire, England. She has three brothers.

Saunders' mother, Jane, was a biology teacher, and her father, Robert Thomas Saunders, was a pilot in the Royal Air Force. Mr. Saunders later worked for British Aerospace.

Actress Saunders, 61, changed schools many times due to her father's frequent shifting. She spent the majority of her school days in boarding schools before she went to St. Paul's Girls' School in West London.

After school, Saunders joined the Central School of Speech and Drama in London, where she met her future comedy partner, Dawn French. Both of them belonged to RAF backgrounds and had grown up on the same base.

4. She is Excellent in Mimicry

Actress Jennifer Saunders can copy the accent of Irish actress Amanda Burton. She has also used the impression in Witless Silence, a French and Saunders spoof of Burton's TV series Silent Witness.

3. She was Named Fourth Funniest Woman in Britain in 2005

2. She Has Been Married for Over Three Decades

Jennifer Saunders has been married to Adrian Edmondson since 11 May 1985. The pair tied the knot in Cheshire. Jennifer and her husband gave birth to three children, daughters, Ella Edmondson, Beattie Edmondson, and Freya Edmondson.

As of now, Saunders has four grandchildren.

1. Saunders Was Diagnosed with Breast Cancer in 2009

Actress Jennifer Saunders revealed in July 2010 that she had been diagnosed with breast cancer in October 2009. At the time, she also revealed that she had undergone a lumpectomy, chemotherapy, and radiotherapy and was in remission.