Home movie-and-tv-shows This Is Us Is an Emotional Journey of a Family: What Makes it an Interesting Watch? Its Plot, Cast, & Review

This Is Us Is an Emotional Journey of a Family: What Makes it an Interesting Watch? Its Plot, Cast, & Review 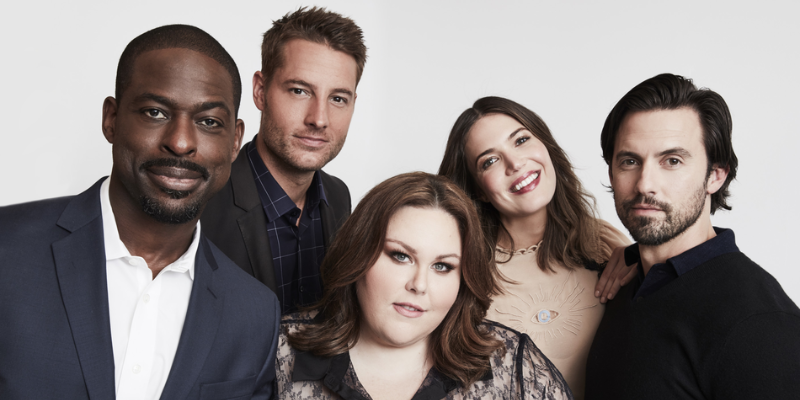 A family certainly has certain dynamics, and we all have enjoyed its perks at some stage of our life! How about we explore the family drama that teaches us about finding happiness in the present day without any magical or criminal theme? NBC's This is Us is here to save the day or not? Let's find out about it in this article.

Plot of This is Us

The story hops from the present-day setting to a past era where it focuses more on the life of Jack Pearson and Rebecca Pearson before and after becoming a parent to three children.

It sure takes the audience to an emotional rollercoaster with a story of Pearson's struggle as a parent, showing a positive outlook that encourages optimism about life in all of us.

Interestingly, the creator of the show, Dan Fogelman, had initially made a script that involved a story revolving around eight adults instead of three. Still, after his deal with 20th Television, he revised his script.

Moreover, Fogelman also took some inspiration for the story from his sister Deborah's weight loss struggle. She works as the consultant of the show.

Cast of This is Us

This Is Us has an ensemble cast with Chrissy Metz receiving a meteoric success and earning a Golden Globe and Emmy Awards nomination for her splendid performance.

Here is the main cast of the show who, with their work, have gone on to garner critics praise.

Gilmore Girls fame Milo Ventimiglia is seen as Jack Pearson in the show. He is the first husband of Rebecca Pearson and has fathered three children Kate, Kevin, and Randall. The actor who portrayed as child Jack is Joaquin Obradors.

American singer and actress Mandy Moore plays Rebecca Pearson. She is Jack's wife and mother of Kate, Kevin, and Randall. She is also a grandmother of Tess Pearson, Annie Pearson, and Jack Damon. Ava Castro and Kya Kruse played her character's child version.

The People vs. OJ Simpson star Brown plays as Randall Pearson in the show. Randall happens to be the adopted son of Jack and Rebecca Pearson. He is married to Beth Clarke, played by Susan Kelechi Watson. They have three children: biological daughter Tess and Annie and a adopted daughter Deja Pearson. Niles Fitch and Lonnie Chavis portrayed younger Randall Pearson.

Metz appears as Kate Pearson in the show. Kate is the biological daughter of Jack and Rebecca Pearson. She is the wife of Toby Damon, played by Chris Sullivan, and has a child called Jack Damon. Hannah Zeile and Mackenzie Hancsicsak portrayed Kate's younger version.

Passions actor Justin Hartley depicts the character of Kevin Pearson. Like Kate, he is also the biological son of Jack and Rebecca Pearson.

The child Kevin was portrayed by Logan Shroyer and Parker Bates. His ex-girlfriend Zoe Baker depicted by Melanie Liburd, happens to be Beth Clarke's cousin.

Review of This is Us

The series has garnered positive reviews from critics. For the first season, the show received an approval rating of 91% from Rotten Tomatoes.

Moreover, Metacritic, which utilizes a weighted average, assigned the series a score of 76 out of 100 with a mostly favorable review.

The season 2 of the series got an approval rating of 92% from Rotten Tomatoes, relatively higher than the first season.

Besides the critics, fans seem to be enjoying the show with special praise to the ensemble cast. The audience has given mixed reviews about the show, with some praising the family drama intertwined with the past and present story while some were disappointed with the following season.

"Truly a work of magnificence. I cry watching this show so much. If you liked Parenthood I highly recommend watching This Is Us, it is even better. I don't know a single person that watched this show and didn't love it. So hard waiting for more episodes but so worth it. Be warned that it does play around with timelines a bunch and goes back and forth to different time periods, so you really need to pay attention as to not be confused."

"I don't usually get into shows where you have to keep up.  However, I must say, kudos to the directors, writers, producers and actors.  This show is superb!  I love it!  It tells such an intricate story where the characters pull you in and the ride is heartfelt, anxious, funny, and overall masterful.  Keep up the good work gang and thank you for keeping me coming back for more."

The show has earned various accolades like Critics' Choice Television Awards and People's Choice Awards. The series has also been nominated for awards Satellite Awards and Emmy Awards.