Home gossip Top 10 IMG Models You Should Know About: Also Get To Know Details About Their Age, Height, Body Measurements, Deals, & More

Top 10 IMG Models You Should Know About: Also Get To Know Details About Their Age, Height, Body Measurements, Deals, & More 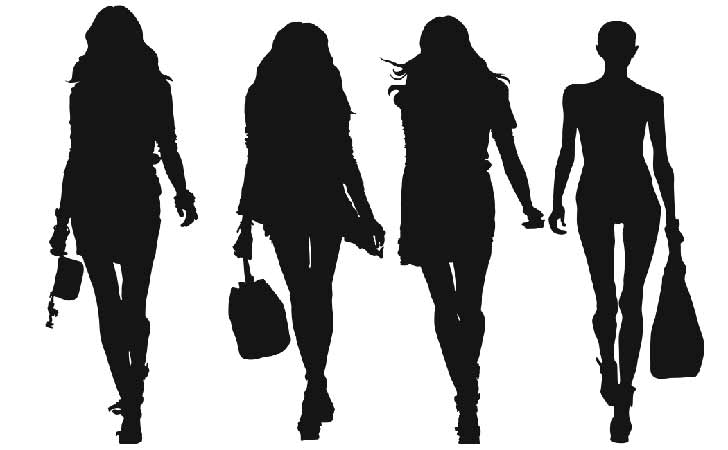 IMG Models Management is one of the top international modeling agencies that has produced some of the top models in the industry. The agency founded by Mark McCormack has offices all over the US, Europe, and Australia in cities like New York City, Los Angeles, London, Paris, Milan, and Sydney. Models signed by the agency are sought out by many high-end designers and brands like Chanel, Louis Vuitton, Alexander McQueen, and Jean Paul. The top 10 models signed by IMG Models agency are listed below.

Here are the Top 10 models signed by IMG Models Management

The American plus-size model, Candice Huffine started her modeling in 2000 and was signed by IMG in 2016. Huffine has been featured in many known magazines like Italian Vogue, Vogue, W, Glamour, and V Magazine. She has also walked for renowned fashion designers like Prabal Gurung, Christian Siriano, and Sophie Theallet. She is also the first plus-size model to feature in the Pirelli Calendar.

Devon Windsor was discovered at the age of 14. After being signed by various agencies, Devon landed a contract with IMG Models in 2010. Since then, she has walked in more than 130 shows in London, Paris, New York, and Milan for top brands like Alexander McQueen, Celine, Chanel, Jean Paul, and Stella McCartney. She has also been featured in magazines like Numero Tokyo and L’Official Argentina.

The American Somali model signed a three-year contract with IMG Models in February 2017. Since her debut at the New York Fashion Week for Kanye West’s Yeezy season, Halima has walked for several designers like Maxmara and Alberta Ferretti. She has also become the first model to grace the cover of Vogue Arabia, Allure, and British Vogue in a hijab. Aden is also the first woman to wear a burkini and a hijab in Sports Illustrated Swimsuit.

Thylane Blondeau was signed by IMG Models in 2015, at the age of 14. Since then, the French model has become a brand ambassador for L’ Oreal Paris and has walked Dolce & Gabbana. In 2017, she starred in the same brand’s millennial themed campaign alongside Zendaya, Lucky Blue Smith, and Presley Gerber. Blondeau in 2018, placed first in the annual Independent Critics List of the 100 Most Beautiful Faces of 2018.

Aldridge’s first contract with IMG Models was in 2005. Since then she has appeared on the covers of Elle Korea, French Glamour, Vogue Mexico, Spanish Vogue, Allure Russia, Esquire Mexico, and British GQ. Not only magazines, she was also the face of brand, Velvet Tees. She also became a Victoria Secret Angel in 2010 and walked on the show for nine years till 2017. Lily was also the cover model beside Chrissy Teigen and Nina Agdal in Sports Illustrated Swimsuit Issue in 2014.

The Dutch model was represented by IMG Models from March 2017. Romee has walked for brands like Calvin Klein, Balmain Burberry, Alexander McQueen, Rag & Bone, Jill Stuart, and Louis Vuitton. She has also appeared in editorials for British, Spanish, Dutch, and German Vogue as well as Spanish Harper’s Bazaar. She became a Victoria’s Secret Angel in 2015 and has been ever since, as of 2019. She even won the Shooting Star Swarovski Look in Victoria’s Secret Fashion Show.

The Swedish model was signed by IMG Models Management in 2008 at the age of 20. Hosk, since then, has walked for many top designers and has campaigned for numerous high-end brands. She opened Victoria’s Secret Fashion in 2016 and even wore the Swarovski outfit in 2017. As of 2018, she wore the Dream Angels Fantasy Bra for the fashion show in New York. Models.com ranks her in 15th position on the Top Sexiest Models list.

The American model is the youngest model to walk on the Victoria’s Secret Fashion Show. She walked the show in 2014 at just the age of 18. Taylor has even hosted an event for Victoria’s Secret PINK and became a Victoria’s Secret Angel in 2015. She has walked for high-end fashion designers like Versace, Balmain, Givenchy, and Tommy Hilfiger. Currently, over 12 million followers, Hill was ranked sixth Most Followed Models by Harper’s Bazaar in 2016.

Barbara Palvin has graced the covers of many top magazines like Vogue, Marie Claire, Allure, H&M, and Armani. She became the first Hungarian model to be a Victoria’s Secret Angel in 2019. She first walked the show’s runway in 2012. Since then Palvin has walked for designers like Louis Vuitton, Jeremy Scott, and Etro. The Hungarian model’s big debut was for Prada during Milan Fashion Week. She has also become a body positivity-icon because of her non-standard runway measurements.

Bella Hadid is one of the top models of 2019. She was declared ‘Model of the Year’ in 2016 by Model.com. After signing with IMG in 2014, Hadid’s character peaked and she became one of the top models to date. Since then she has walked only in top shows and runways. She has graced the corner of top magazines like Elle, Vogue Australia, and V Magazine and has established her name as a top supermodel.