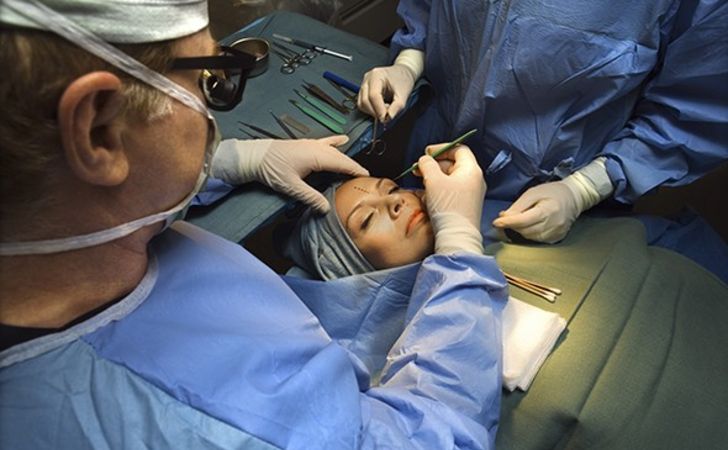 No one is perfect and even the celebrities which we idolize as the most talented and best looking among us need a little bit more than their natural beauty. In fact, most celebrities in the industry have used plastic surgery on different parts of their body and some are even famous for their body parts which have been overly operated on (Kim Kardashian seem to come instantly to mind.) To aid their cosmetic surgery needs celebs use plastic surgeons.

Some of the best-known names in the plastic surgery business are listed below.

The American0-Lebanese surgeon is best known for his work as a TV personality on Entertainment Tonight, and The Wall Street Journal.

He is well known in the industry for his nose jobs and his client list contains celebrities and famous TV personality. He was married to Adrienne Maloof who is also a The Real Housewives of Beverly Hills star.

When it comes to celebrities famous for plastic surgery names like Khloe Kardashian, Kendall Jenner, and Kourtney Kardashian instantly come to mind. Dr. Diamond is responsible for the facelift as well as many other surgeries that have been performed to enhance these stars’ looks.

He is also a celebrity himself and makes frequent appearances on shows like CBS News, Extra, Entertainment Tonight, Discovery Health. HIs offices are located in prime locations like Beverly Hills, New York City, Dubai, and Moscow.

Taking a break from celebrities we take a look at a very accomplished doctor renowned for helping burn victims. The British born doctor moved to Australia where she would help numerous people with her special procedure.

She is also a pioneer in the business. Wood developed a way to reduce the time taken to culture skin for major burns from 21 days to almost 5 days.

Similarly, she is the winner of many prestigious awards by the Australian government. Notably, she won the Australian of the Year for 2005 by Australian Prime Minister John Howard.

Listed as one of the richest plastic surgeons by moneyinc, Baron is a surgeon famous for her appearance on the show Atlanta Plastic. She provides several services like breast implants, liposuction, and others.

Dr.Aisha has a reported net worth of around $500,000. She amassed this net worth by performing surgeries on her celebrity clientele.

The doctor also lovingly called Dr. Miami is a cosmetic surgeon specializing in procedures like Brazilian Butt lifts, Mommy makeovers, and tummy tucks. He is a celebrity in his own right and has also performed procedures on some well-known celebrities.

Reportedly he is worth $1.8 million. He was able to amass this net worth from his work as a cosmetic surgeon and his appearances on CNN, Fox News, and other news related programs.