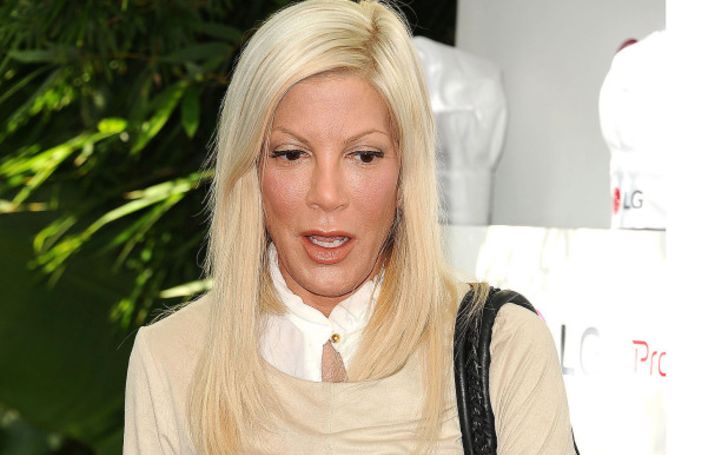 The Beverly Hills, 90210 star Tori Spelling shared rare photos of her with her multi-millionaire mother, Candy Spelling as they enjoyed a family night along with kids and friends.

The news aired after US Weekly claimed that Candy was ordered to pay back around $88,000 to the credit card company American Express.

During the get-together, Tori was in a red sleeveless top. As for her mother, she wore a black jacket with white lace on top and black pants.

The photo showed Tori’s family sitting on a beige sofa along with husband, kids( Liam, Stella, Hattie, Finn, and Beau) and friends as we can see in the Instagram Post.

As a family we did some fun things this past weekend but the highlight was Sunday night dinner with Grandma @candyspelling and our special friends from Tunisia! Xoxo . – #family #familyfirst #newfriends #familyfriends #globalfriends #love #kiddos

The picture had a caption that read,

As a family we did some fun things this past weekend but the highlight was Sunday night dinner with Grandma @candyspelling and our special friends from Tunisia! Xoxo.

Tori shared two photos and in one of them was her husband Dean McDermott. She and her husband have the officials behind their back for exactly $88,246.55.

Well, this isn’t the first time the pair had such financial payment orders. In November 2018, Tori and her husband had to pay as much as $5k to the Calvary SPV.

There were also reports claiming that Tori had unpaid taxes of $338.5k of 2014 and 2015. The pair had to pay the amount to the Franchise Tax Board in California. Likewise, in 2017, the pair owed almost $1 million to the IRS.