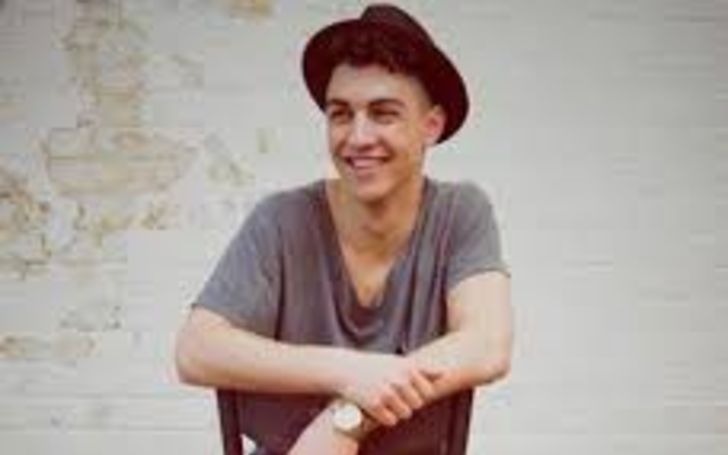 Born in Canada, Trevor Tordjman is an actor, dancer, choreographer, and singer popular for his role on The Next Step as James. Well, he is trained in almost all forms of dance but is best at hip hop and break dancing. Besides, the talented actor played the character Nate in the 2015 movie Full Out and Bucky in the 2018 film Zombies.

Trevor Tordjman was born on November 22, 1995, in Kitchener, Canada under the birth sign of Sagittarius. He holds Canadian nationality and belongs to Caucasian ethnicity.

Tordjman was raised by his mother, Joanne Tordjman, who became an inspiration for him to become a dancer and owned a dancing studio in Kitchener.

He grew up with his 3 siblings, Justine Tordjman, Nathan Tordjman, Steven Tordjman. At the age of 4, he started studying dance in his mother’s dance studio and developed a passion for hip hop and breakdancing.

Tordjman is not married yet and seems to be possibly single. He prefers to keep his personal life and relationship in a life low profile.

There were some rumors that Tordjman is dating his The Next Step co-star, Brittany Raymond. However, the rumors turned out to be fake and the couple just said they were just good friends.

Moreover, he is happily enjoying his single life with his family without getting engaged in any relationship.

Trevor Tordjman’s Net Worth and Career

As of 2019, Trevor Tordjman has an approximate net worth of $1 million. He has also maintained a lucrative net worth from his acting career. His actual salary is under review, but we can assume that he earns $50427 which is an average salary for a Canadian actor.

Regarding Trevor’s career, he started dancing when he was only 4 years old. Later, he played his first major television role when he was cast as James in the 2012 hit television show, The Next Step.

Moreover, He also directed an episode and choreographed many of The Next Step’s International tours. Later, he finally found a true passion in acting. He has been cast as Bucky in Jeffrey Hornaday’s directorial venture ‘Zombies’ a Disney adventure, horror, musical TV film that is set for a 2018 release.