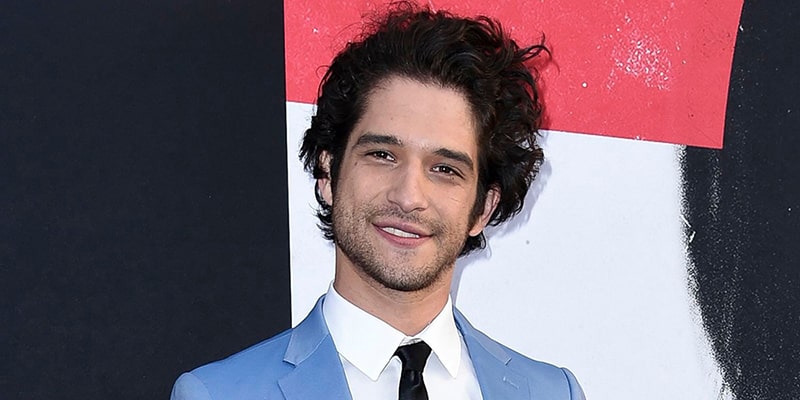 Tyler Posey rose to limelight from his long-run stint as Scott McCall on the MTV series Teen Wolf. The 28-year-old actor, model, and producer Tyler Posey is also known for his appearance as himself on Wolf Watch and his recurring role in the Gina Rodriguez starrer Jane the Virgin. The man of all seasons, Posey, worked as a voice actor in the 2019 animated web series Fast & Furious: Spy Racers, in which he voiced the main character of Tony Toretto. Actors like Charlet Chung, Luke Youngblood, Jorge Diaz, and Camille Ramsey also voiced in the series.

Here's everything you want to know about Posey's family, profession, and relationship.

7. He is a Son of Actor John Posey

He was born to the famous actor and writer John Posey and Cyndi Terese Garcia. He has two brothers; Derek Posey and Jesse Posey. He also has a sister named Mayra Posey.

6. His Mother Died of Breast Cancer

Posey's mother, Cyndi Garcia, was diagnosed with Breast cancer in early 2010. Garcia, who worked as a business and guidance manager for Tyler, died of the disease on December 12, 2014.

Nearly four years after the demise of his mother, Posey penned a song, Standing On My Two Feet, in honor of his mother.

5. Tyler Decided to Follow His Father's Footsteps in Childhood

Inspired by his actor father, Tyler showed a keen interest in acting from an early age. And he started his acting career in 2000, appearing in a film, Men of Honor. However, his role on the movie was uncredited. In 2001, at just ten years old, he landed a main role of Raul Garcia in a medical drama Doc.

Meanwhile, Tyler's father, John Posey, has also worked with him, making his guest appearance as Dr. Conrad Fenris on Teen Wolf. He appeared in a total of six episodes in the 1st, and 4th-6th seasons.

4. He is Passionate about Tattoos

In a video for TeenVogue, Tyler Posey talked about his passion for tattoos. There he said, he wanted to have tattoos since he was 10. He also said back then, he would draw a small sketch of his body on a paper and cover it in tattoos.

Furthermore, he inked one of his first tattoos on his left arm, where he inscribed the first note of the Blink-182 song. He went on saying he has a "devil's horn" tattoo in his back of the calf, which he described to be the most painful one.

Actor Tyler Posey has an alluring net worth of $7 million as of 2020. The Santa Monica-born actor and musician started his career as a child actor. Later, he grabbed fame after he started his stint on MTV series Teen Wolf. The series not only garnered widespread fame for the actor but also earned a hefty sum of money.

Besides, Posey owns a house in Hollywood, California, which he bought in April 2019 for $1.98 million. The 4,671 sq foot property features five bedrooms and four full and a half bathroom. The property also features one guesthouse with a bathroom.

2. Posey was Engaged to His Childhood Sweetheart Seana Gorlick

The Teen Wolf star doesn't readily expose his relationship and personal life on the media. Yet, it is a well-known fact that Posey was engaged to his childhood sweetheart Seana Gorlick. They became engaged in 2013, however, they called off their engagement later that year.

According to the sources, Tyler dated Seana Gorlick for over ten years before breaking up, however, the actor hasn't disclosed any reason for parting their ways.

Following Posey's breakup with his childhood friend and fiancee Gorlick, he took time to get back in dating scene. However, he dated some girls, though none of them were serious relationship. Posey also dated the Famous in Love actress Bella Thorne briefly.

Thorne, who is famously known for her link-up with Scott Disick, dated Tyler Posey during mid-2016. Their secret romance made headlines when they were captured sharing a smooch while out and about in West Hollywood. But their relationship just went two more months before they parted their ways. According to a source close to the couple, they broke up following a huge fight.