Home entertainment What Other Tattoos Does Cindy Crawford's Son Presley Gerber Have Besides His Face Tattoo?

What Other Tattoos Does Cindy Crawford's Son Presley Gerber Have Besides His Face Tattoo? 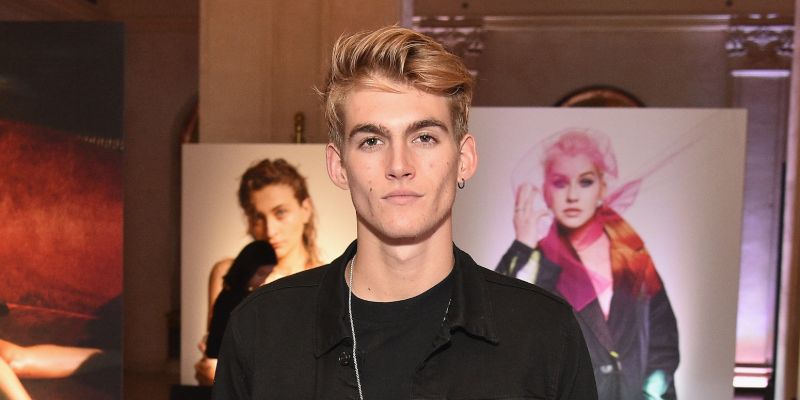 The children who look like a replica of their gorgeous mother have not only inherited the good looks from Cindy but a penchant for modeling too.

On April 2, 2017, Presley accepted the Emerging Model Award at the Daily Front Row Awards. While there is no doubt that such recognization might have made his mother proud, we highly doubt the recent headlines Presley has been making is something Cindy would be proud of.

On February 8, 2020, Walker posted a video where he was seen getting a face tattoo from a celebrity tattoo artist JonBoy. Most of the followers were displeased with the face tattoo, and Presley had to respond to all the hate comments he received for it. But why is the face tattoo making such a fuss, and how did Cindy Crawford's son defend himself? All the details in the article!

The 20-years old model adorned his face with the permanent ink, writing 'MISUNDERSTOOD' right along his right cheekbone. JonBoy, who had previously given Justin Bieber, his face tattoo, shared the photo of Presley with the caption "Sorry Mom" after he had inked his face.

The Misunderstood design is not the first one the 20-years old model received from JonBoy. He had an outline of California with a heart placed over Los Angeles, which he got in January 2019.

Besides this, Walker has numerous body tattoos all over his body. He has a seven-pointed star compass with the initials of his family and just right above it a '69' tattoo.

In the inner left biceps, the 20- years old has a 'couple' tattoo where a girl is seen holding a weapon while the boy has a heart in his hand.

Above the cat eyes tattoo on the left forearm, Presley has 'Family FIRST,' which shows the close bond with his family along with the previous Compass tattoo.

In the neck area, the 20-years old has 'HU & HP' and a miniature skull under the left ear. Across the left shoulder, there is a Grim Reaper design and 'be grateful' tattoo in the left forearm.

Presley's hands are covered with a tattoo too with 'Look' in one hand and 'Up' in another and 'LUCK' written across his left fingers. Presley also has a cannabis leaf on the left hand and a five-leaf clover tattoo on the right side.

Presley's love for his sister Kaia Jordan Gerber can also be seen from his tattoo on his left arm, where Presley has inked the name of Kaia along with a roman number XXIII. On the other hand, Kaia has also dedicated a tattoo go her brother.

While it is evident that Presley is no stranger to inking himself, it must be noted that he never had a face tattoo in the early years. Perhaps the face tattoo became prominent than his previous tattoo since Gerber is in the modeling industry, and his face is more prioritized in the photoshoot compared to others.

Responding To The Hate Comments Regarding Misunderstood Tattoo

The face tattoo post received a lot of hate comments with people writing,

“Ugh! Cindy’s kids are out of control. What a waste. That’s what happens when you give everything at their disposal and they know they never have to get a real job! I’m sure his parents are proud!"

"Why??? what a waste of a haom ndsome face. you must be possessed the way you're ruining your body."

Some commenters also compared Presley to Joker portrayed by Jared Leto in Suicide Squad, with many expressing their desire to know what Cindy Crawford would think of the tattoo.

On February 8, 2020, Gerber slammed the haters with a live video. The 20-years old model, “If I thought this was going to ruin my face or I didn’t want this. I wouldn’t have done it. I think that is a pretty obvious thing,” according to Page Six.

“If anyone has s— to say to me about this, or anything else, or my family, or how I grew up I will give you my address. I promise. And you can come say it to my face.”

Amid the commotion regarding his tattoo. Cindy has not come forward and spoken about her son's tattoo publicly.