Home entertainment Who is Nathan Schwandt? His Relationship with Since Split Boyfriend Jeffree Star

Who is Nathan Schwandt? His Relationship with Since Split Boyfriend Jeffree Star 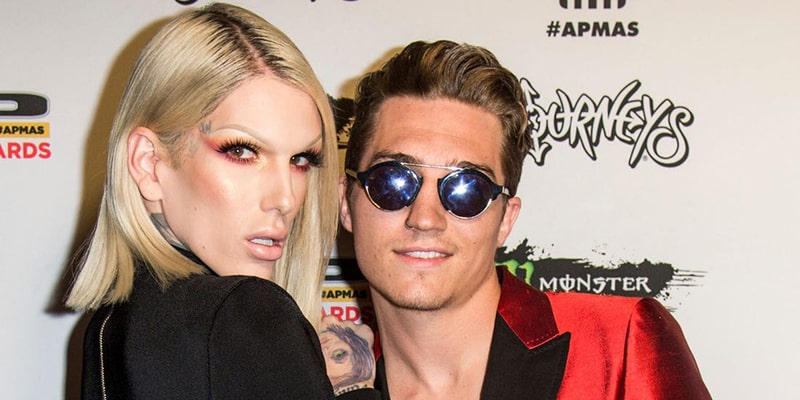 Nathan Schwandt is famously known as the ex-boyfriend of youtuber and makeup mogul, Jeffree Star. But, he is also a star in his own right. Schwandt is a skateboarder and a co-owner of a marijuana business with his ex-boyfriend.

Want to know more about Nathan Schwandt? Then read the story till the end:

Everything We Know about Nathan Schwandt

Nathan Schwandt was born on 18th August 1993 in Wyoming, Michigan, the United States. He belongs to the White Caucasian ethnicity. He has a brother, Zachary "Zach" Schwandt, who moved to Los Angeles following his brother Nathan. Zach has also made his appearances on Jeffree's YouTube channel.

The 26-year-old Michigan native is 5 ft. 9 inches 175 cm tall. As per the source, Nathan Schwandt's net worth is estimated to be around $500,000 in 2020. He has earned the wealth from his work alongside his now ex-boyfriend Jeffree Star.

Nathan Schwandt was in a longtime relationship with youtuber and makeup artist Jeffree Star before they separated in early January 2020. The couple first met on Instagram in 2014, when Nathan slid into Jeffree's direct message. The couple revealed they became friends online before meeting in person during a boyfriend Q&A tag video in March 2016. Jeffree said in the video,

We met on Instagram, isn't that crazy? I mean, I don't even think it's crazy. Where do people meet? Bars, clubs.

Schwandt added when he visited Star in Los Angeles for two days, he felt as if they had met for years. Schwandt and Star finally started dating in 2015, and they soon made it Instagram official sharing a photo from the beach.

In 2017, many of their followers and fans raised questions on their relationship. And Star made a video addressing all the allegations and questions surrounding their relationship, and he posted it on his YouTube with a title "The Truth About My Relationship." In the video, Star dismissed the speculation that Schwandt was with him only for money, saying "Nathan met me before I had money. Plain and simple, so please let's move on from that subject." He also said,

until I met Nate I'd never had real, real love.

Four years into the relationship, Schwandt was familiar with every likes and dislikes of Star. And the same goes for Star, who had known what his partner's dream car was. And in July 2019, Star gifted Nathan his dream car, an Aston Martin Vantage. As per some tabloids, Star had told Schwandt that he had sold their Bentley, which was Schwandt's favorite. And the next day, Star surprised him with his "dream car." The car reportedly costs around $155,000.

Star uploaded a video showing Schwandt's reactions while Star said he had sold their Bentley and then the next day when Star surprised him with a new Aston Martin Vintage. Have a look at the video.

Schwandt and Star Broke Up After Five Years Together

Nearly five years after Nathan Schwandt and Jeffree Star started dating, the couple broke up. Star announced their separation in a YouTube video where he said both of them were very sad to end their relationship.

Meanwhile, the news came just days after they were reported to have moved into their new $14.6 million house in Hidden Hills. But neither Schwandt nor Star has revealed the reason for their sudden split.