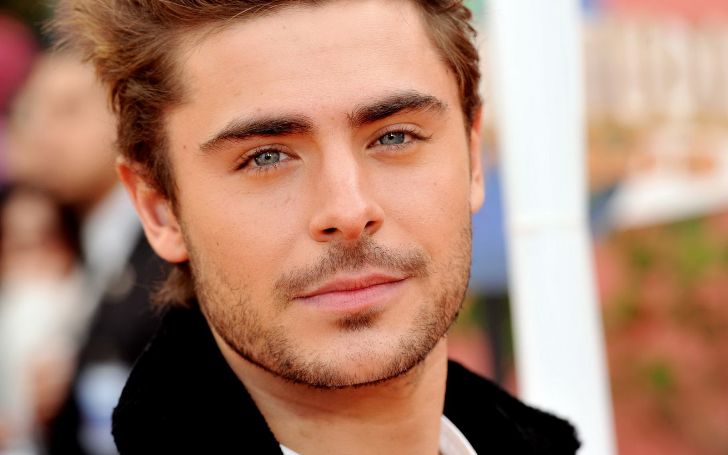 Zac Efron is an American actor and singer who rose to fame for his leading role as Troy Bolton in High School Musical (2006-2008) and won a Bravo Otto Award in 2010 for Best Male TV Star. Moreover, Efron has played roles in movies like Baywatch, Hairspray, Neighbors and The Greatest Showman.

Zac was born on October 18, 1987, in San Luis Obispo, CA. According to his date of birth, he turned into 31 years old, as of 2019, and is Libra, which defines him as harmony and peace personality. Furthermore, Efron’s father, David Efron, is an electrical engineer at a power station, and her mother, Starla Baskett, is a secretary who worked at the same power plant. He has a brother, Dylan Efron, and he has described, a “normal childhood” in a middle-class family.

Talking about Efron’s education, he graduated from Arroyo Grande High School in 2006. During the years of 2000 and 2001, he attended Pacific Conservatory of the Performing Arts, a community college located in Santa Maria, California.

Efron dated actress and co-star Vanessa Hudgens for three years, but the relationship couldn’t go for a longterm and their relationship ended in December 2010. According to some sources, he also dated Sami Miro from 2014 until 2016.

Currently, Zac linked with Baywatch co-star, Alexandra Daddario. As per the source by People, Efron and Daddario have been seeing each other “on and off since their time working together on the movie last year, but they are not officially dating.”

Happy Birthday to one of the the most real, down to ?, stunning, intelligent, creative, loving, and most rare Pokémon ever created #alexdaddario

Moreover, Efron himself posted a picture of him and Daddario for her birthday.

Zac Efron’s Career and Net Worth

From Efron’s professional life, he started acting in the early 2000s with guest roles on various television series including Firefly, The Guardian, and ER. He began appearing as a recurring character in the first season of the WB series Summerland, in 2004. His career reached a turning point with the teen musical television film High School Musical (2006), which premiered on the Disney Channel in January 2006. Also, Efron was next seen playing the role of Link Larkin in the musical comedy film Hairspray (2007).

In 2014, he was seen in the adult comedy Neighbors(2014), co-starring Seth Rogen. He starred in Baywatch, an action comedy film version of the television series released in 2017. In May 2017, it was announced that he will play serial killer Ted Bundy in Extremely Wicked, Shockingly Evil and Vile, opposite Lily Collins as Bundy’s girlfriend. In the coming year, Efron was cast in a co-starring role in The Beach Bum and Harmony Korine film.

In 2019, Zac Efron’s net worth is estimated to be $24 million. He receives a huge amount of money from his career. Although he has a penchant for good rides, he has an Audi S6.